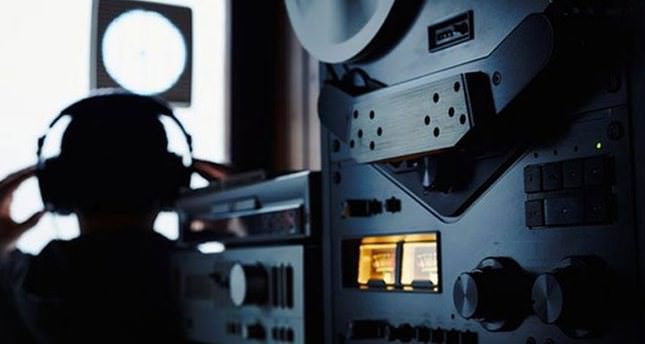 by daily sabah
Nov 24, 2014 12:00 am
New reports indicate that it was Turkish Interior Minister Efkan Ala who uncovered the wiretapping incident of then Prime Minister Recep Tayyip Erdoğan, after he grew suspicious about the ministry's officers's inaction to write a report while searching for bugged devices in the prime ministry. Acting upon his suspicion, Ala collaborated with the National Intelligence Organization (MİT) to assign special teams under the agency's chief Hakan Fidan who found the bugs that were placed inside switch plugs.

More details have surfaced about the Gülenists's wiretapping of Erdoğan, the latest of which was how Ala contributed to finding the bugs placed in the prime ministry. The details revealed that the suspect Serhat Demir, who is allegedly linked to the Gülen Movement, set up a receiving station in the Justice Ministry's education center after having placed bugs in Erdoğan's office and residence, since the bugs had the best signal at that location.

Demir, who was an official of the chamber of prime ministry protection located in Istanbul, traveled to Ankara using the excuse that his son was ill in order to place the bugs in the office. The head of the Gülenist team, Ali Özdoğan, who was originally tasked to place the bugs, was not able to be involved in the act due to his absence. Instead, Özdoğan, who was in the U.S. during the time of the incident, assigned Demir to place the bugs in the office and the residence in his place. Demir, along with his Gülenist-linked team, accessed the site using the excuse of performing "security checks," and placed the bugs in the switch plug. Erdoğan was allegedly in Istanbul on the day the suspects were involved in the crime.

The search for the bugs was allegedly conducted by Demir as well. Sedat Zavar, another officer allegedly linked to the Gülen Movement, accompanied Demir in the search. Ala grew suspicious of the officers when they did not write reports and acted without informing senior officials about the incident. The MİT intervened at this point upon the demand of Ala and the MİT, assigning special officers to the task, finally found where the bugs were concealed.

An investigation into the incident was launched and Ankara's chief public prosecutor's office prepared an indictment for 13 suspects who are accused of wiretapping Erdoğan and charged the suspects with "political spying" after an investigation into the alleged offenders was completed.
The court is expected to accept the indictment as long as it is not rejected within the next 15 days. The suspects will stand trial on charges of "political and military spying" once the court accepts the indictment. If they appear before the court, prosecutors will seek a sentence of 15 to 20 years for the suspects in accordance with article 328 of the Turkish Penal Code.

The Gülen Movement is seen as a national threat by the government. It is accused of wiretapping thousands of people including Turkish government officials, encrypting phones and allegedly infiltrating state institutions with the aim of overthrowing the government.