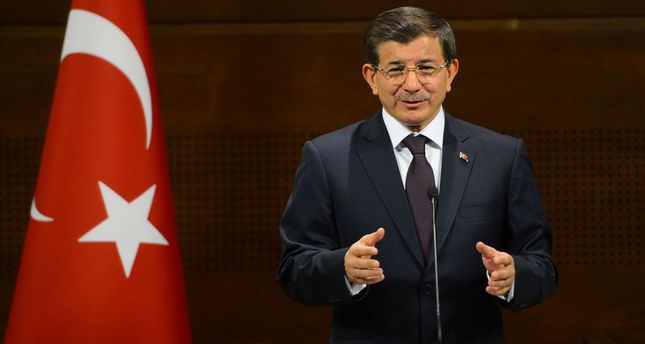 With the number of teachers not assigned to public schools reaching 330,000, Turkey marked its Teachers' Day yesterday with numerous events honoring the educators. Addressing one of the most outstanding problems teachers face, the government announced that 15,000 more teachers will be employed in January.

Addressing a group of teachers from every province in Turkey at an event in the capital Ankara, Prime Minister Ahmet Davutoğlu said, "I would like to convey good news to prospective teachers today. We will assign 15,000 teachers in January after vacancies emerge due to the retirement of teachers."

Davutoğlu also said the government will hold a National Education council meeting on Dec. 2 and will draft a strategic document on the status of teachers.

A challenge plaguing teachers is the unavailability of assignments in the face of rising numbers of university graduates. Teachers have to wait for years for assignment and daunted by unemployment, some prefer working in other sectors. According to Ministry of Education figures, Turkey needs 110,000 teachers for grade schools and high schools while the current number of teachers stands at 47,825. Unassigned teachers waiting to be appointed to a post reject temporary service contracts offered by the ministry or teaching at private schools that pay less than public schools for entry-level teachers. The phenomenon is attributed to the large number of Faculties of Education at universities with a growing number of graduates. Unassigned teachers claim that the Ministry of Education prefers hiring substitute teachers working for less money.

Teachers have also complained about low salaries. However, a report entitled "Education At A Glance," which was released in September by The Organization For Economic Cooperation and Development (OECD), says teachers' income is "high according to Turkish standards but they earn less than their foreign colleagues according to international standards." A primary school teacher with 15 years of experience, for instance, earns two thirds of what teachers with the same level of experience earn in other OECD countries. It corresponds to about $26,000 per year, lower than the OECD average of $39,024. Nevertheless, they still earn 9 percent more than full-time employees with tertiary education in other sectors in Turkey. According to the same report, teachers in primary education work 720 hours per year, slightly above average compared to other OECD countries. The country, however, has one of the highest rates for number of pupils per teacher with an average of 27.6 primary school students.

Implementing major educational reforms since it took power in 2002, the Justice and Development Party (AK Party) has sought to improve the income and educational quality of teachers. Parliament has recently adopted a bill that will bring about major changes for teachers. The changes include the termination of duty for school principals who served in that position for four years and a qualification exam for teachers who graduated from the Faculty of Education. Following the exam, the teacher will have to work at least one year as an intern before tenure and will be interviewed before assignment.

Speaking to teachers at a separate event yesterday, Minister of National Education Nabi Avcı said his ministry was working to improve the social status and respectability of teachers since the AK Party government took power. Avcı mentioned that teachers composed the majority of the public sector with over 850,000 people and spoke about the National Education council meeting that the Prime Minister mentioned. He said the government will consult with teachers on how to address their problems better and how to improve education quality.