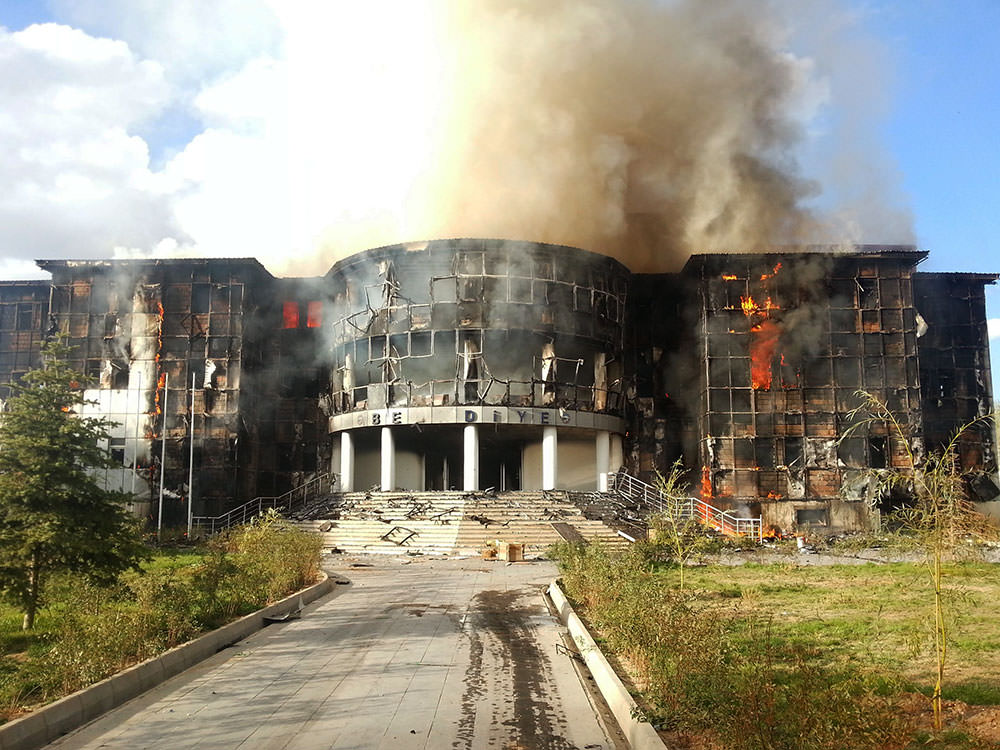 The ruling Justice and Development Party (AK Party) submitted the Domestic Security Reform Package to the Turkish Grand National Assembly (TBMM) on Monday. According to the AK Party, it aims to provide a balance between public freedom and security while creating innovative changes to current domestic laws that complicate Turkish citizens' lives. It has been one of the most controversial packages as many are unaware of the context of the package.

The government's recently introduced reform package includes major reforms toward extending the ability for police officers to conduct searches without a court order and will also provide a practical and speedy system for the civilian identity of the state. The reform bill includes tighter security measures in which intelligence activities will be monitored to ensure that they are being conducted in accordance with the law.

The reforms of intelligence are mainly due to the recent alleged wiretapping and espionage activities by the Gülen Movement. Additionally, the new bill will change the current law that does not permit police to detain suspects without a court order whereas in Europe, officers are able to keep suspects in custody for 24 hours to 36 hours.

AK Party officials say the reform package has been compiled thoroughly and in accordance with European models in which Turkish police officers will also be given permission to use live rounds against those who engage in violence. The government claimed this reform became necessary following the October 6-7 protests, which the People's Democratic Party (HDP) had initially encouraged supporters to take to the streets and carry out pro-Kobani demonstrations that quickly morphed into violent aggression, causing deaths and massive damage to property.

In addition, the reasoning for the reforms including the police being able to shoot violent demonstrators as well as listing Molotov cocktails as weapons are stated in the bill as, "In the recent periods, security officers, civilians and especially public transportation vehicles were severely damaged and deaths were caused by Molotov cocktails. Through this point in the reform, police officers will not only be able to protect themselves, but also civilians, workplaces, houses, public departments and public transportation."

Through this reform, the government aims to end military tutelage and provide a more democratic approach by government institutions. Along with the appointment reform, the gendarmerie will be provided with a special uniform designated by the Interior Ministry that will combine elements of civilian appearances of officials.

Although the package has been mentioned due to its reforms that aim for tight security measures, it also includes major reforms in civil rights. Currently, Turkish citizens are required to obtain the court's permission to change their names and last names, which the package will no longer require. Additionally, through a more practical and speedy system, the domestic security reform package would provide foreigners without a residency permit with ID numbers.

Through this reform foreigners such as Syrian refugees will be to attend schools and make use of banks without any problems. The reform package includes about 42 points that also include regulations for the disabled, elderly and ill citizens as they will be able to give legal testimony from home rather than at the courthouse or a police station.