Government asks Thailand to send 300 Uighur refugees over to Turkey 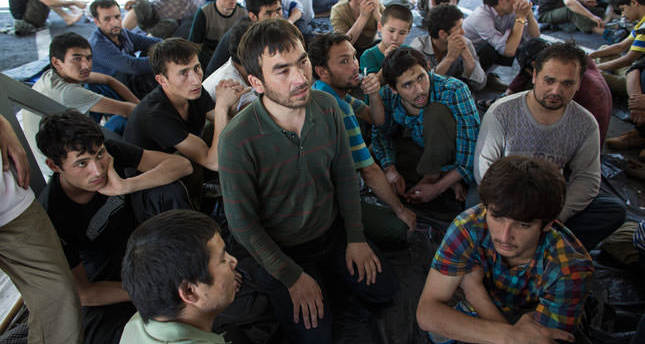 Foreign Minister Çavuşoğlu said Turkey has officially asked Thailand to send the some 300 Uighur refugees to Turkey and not China, from where they had escaped and face death if they return

The government wants to bring to Turkey nearly 300 Uighurs who were found at a human smuggling camp in Thailand a few months ago, Foreign Minister Mevlut Çavuşoğlu said, a move that was applauded by the Human Rights Watch (HRW).

The HRW has applauded a request by Turkey to have a group of Uighurs discovered in a Thai border camp in March relocated to Ankara, highlighting the country's role in providing them with consular services. Phil Robertson, the deputy director of the organization's Asia Division, stated that the organization believed they should be allowed the freedom to go.

"Thai officials have informed us that there is a human smuggling situation going on and say they will closely investigate the issue," Çavuşoğlu said. "I brought the issue to the notice of the Thai foreign minister in New York and Chinese foreign minister in Beijing as well, and told them that Turkey wants to shelter those Uighurs," he said.

Thai immigration police detained dozens of people at a human smuggling camp in southern Thailand in March, who were later declared as illegal immigrants. Chinese officials in Thailand had identified the group as Uighurs from China's northwestern restive province of Xinjiang. The illegal immigrants, however, claimed to be Turkish nationals, fearing that they could face death if sent back to China.

"Since the government of Turkey has stated they are prepared to receive them, it's hard for us to understand why Thailand doesn't just allow this group to be repatriated to Turkey," Robertson said.

Human rights organizations, activists and analysts have said that Uighurs have been subject to religious, cultural and language restrictions, which have led them to flee China and helped fuel their demands for a separate state. They have frequently fallen victim to people smugglers as they seek a better life.

Hidayet Oğuzhan, Chairman of Eastern Turkistan Education and Solidarity Foundation, told Daily Sabah that Uighurs appreciate Turkey's efforts to shelter those in Thailand and added that if those who fled Xinjiang get deported to China, they could all face death sentences. "We have had the opportunity to speak with some of the people in Thailand and they told us that their families are being pressured by Chinese authorities in Xinjiang to sign documents, seeking their return back to China. Their life will be in danger if they return," Oğuzhan said.