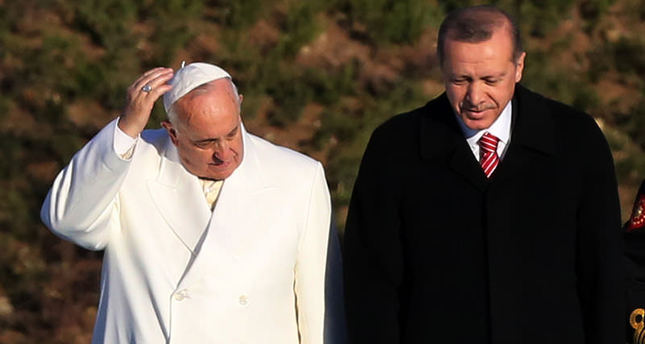 by daily sabah
Nov 30, 2014 12:00 am
The pope's visit has become central to relations between Islam and Christianity.

Urging Western countries to act against Islamophobia, senior Turkish officials highlighted the need to increase efforts to halt the growing prejudice against Muslim communities living in the West.

In a press conference held in Ankara, President Recep Tayyip Erdoğan said that the pope's visit addressed both the Muslim and Christian worlds and increase hopes for peace between the two communities.

"Racism, discrimination and Islamophobia, unfortunately, are increasing. We are witnessing the increase of prejudice and intolerance against Muslims in Western countries," Erdoğan said, adding that the pope's visit will definitely have a positive impact on the Islamic world and break the prejudice in the Christian world.