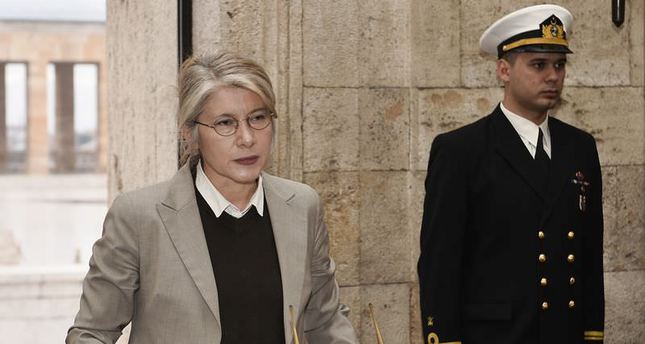 Tarhan questioned Kılıçdaroğlu's ability to back up his claims that a certain group within the intelligence organization (MİT) had been ordered to create trouble in the party and weaken the party's image. Tarhan said that Kılıçdaroğlu was trying to stir the political atmosphere with his comments and that he lacked the courage to prove his allegations.

In late November, Kılıçdaroğlu claimed that the MİT had been spying on his party. "A certain group within the intelligence organization has been ordered to create trouble in the party and weaken the party's image," the CHP leader had said.

President Recep Tayyip Erdoğan replied to the claims, saying, "The MİT has never tried to divide this or that party. It does not work for a party. The MİT is a state institution that protects our national interests. One needs to refrain from making false accusations about the MİT."

Criticizing the CHP leader for his remarks, Prime Minister Ahmet Davutoğlu touched upon the latest controversial remarks by Kılıçdaroğlu. In response to the CHP leader's claim, Davutoğlu said that the MİT wouldn't need to cause division in the party because the CHP is already falling apart.

Tarhan, who resigned from the party after criticizing its "weak and wrong" policies, formed a new party before the upcoming national elections due in 2015. Over recent years, the CHP has been facing disintegration, as dissenting voices among party members become louder. The party administration was first criticized by Muharrem İnce, following the presidential election that resulted in disappointment for the party. The local elections, which took place five months before the presidential election, were likewise a failure for the CHP. Two subsequent stories of failure led party members to question the leader's ability to establish the right kinds of policies to achieve success.

In the August 10 presidential election, Tarhan's name was allegedly among those who would be mentioned for the presidential candidacy, but these claims were dismissed both by her and the CHP. Following the CHP's loss in the presidential election, the 18th extraordinary party congress was held to elect a party leader in response to harsh criticism and intra-party opposition within the CHP. It was also asserted that Tarhan would announce her candidacy for party leadership to compete with current chairman, Kemal Kılıçdaroğlu, but these allegations were dismissed when CHP Deputy Chairman İnce announced his candidacy to run in opposition first.