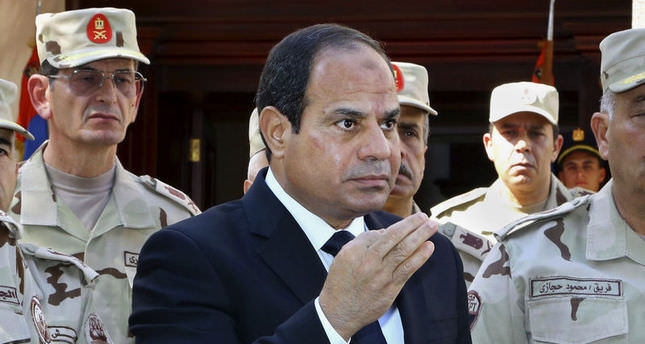 by AA Dec 02, 2014 12:00 am
Egypt has condemned statements made by Turkish President Recep Tayyip Erdoğan about the situation in the Arab country.

In a Monday statement, the Foreign Ministry condemned what it described as "lies" being circulated by Erdoğan about the situation in Egypt.

"We view as strange Erdoğan's flagrant interference in Egypt's internal affair and his underestimation of the will of the Egyptians reflected in a popular revolution (in reference to mass protests that led to the military ouster of elected president Mohamed Morsi), and presidential election that were proven fair by regional and international organizations," the statement said.

Relations between Cairo and Ankara have nosedived since last year's ouster of Morsi-Egypt's first freely elected president-by the army.

The move has frequently been described by Turkey as a "military coup."