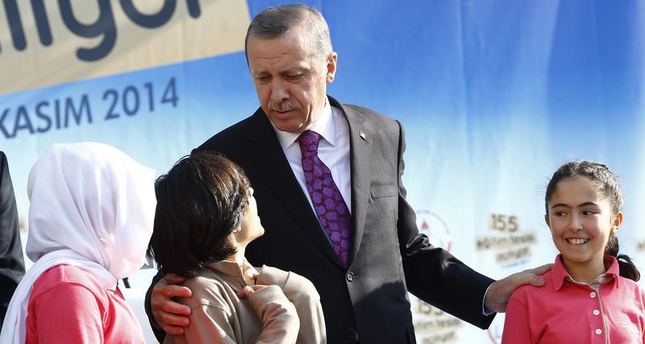 by Daily Sabah Dec 02, 2014 12:00 am
President Recep Tayyip Erdoğan highlighted the importance of education for Turkey while speaking at the 19th National Education Council in Antalya.

"The education system should aim to provide information and wisdom and educational reforms are oriented towards this." said Erdoğan, who stated that providing solid education was crucial to ensure individuals are brought up with self-confidence.

Erdoğan noted that education should be directed towards learning, not passing exams as competition alone disregards the essence of education.

He stated that the education system was not productive until the AK Party government took office twelve years ago and noted that 15,000 schools were built by the AK Party alone whereas there were only 11,000 schools in total.

The president stated that education is an active life-long process while evolution is an essential aspect of the educational system.