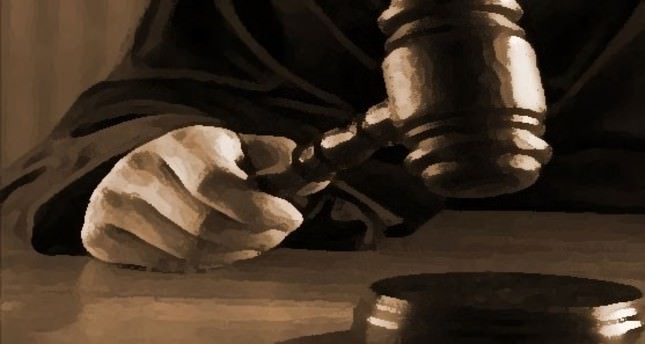 Turkey's election threshold has been a topic of debate for some time, but the debate reached a new dimension after recent remarks by Haşim Kılıç, the head of the Constitutional Court.

Last Sunday several Turkish media outlets quoted Kılıç as saying that the court was working on applications and would make a decision in two or three weeks. Amid ongoing discussion, the high court published a written statement on Monday to end the speculation of its conclusions and defined the local reports as the journalist's expression of his personal views and evaluations regarding the issue.

"It is clearly meaningless to make any statement on an issue before even deciding whether the applications are acceptable," the statement said.

However, it was those who were afraid of the threshold that declined President [Recep Tayyip] Erdoğan's call as prime minister at the time, to remove the election threshold," Davutoğlu said in a speech at the AK Party's regular parliamentary group meeting on Tuesday.

Bülent Arınç, deputy prime minister and AK Party spokesman, drew attention to another point and said that there is no violation of rights according to the judiciary regarding the election threshold debate. Speaking after the Council of Ministers meeting on late Monday, Arınç said that the debate about the violation of rights due to the election threshold had been mentioned as the opposition parties applied to the Constitutional Court to receive a verdict by the June 2015 elections in Turkey.

Arınç also said, "There were requests made in the 1990s regarding these election threshold debates that later went on to the European Court of Human Rights in 2007 and 2008. There was a verdict made on these debates whether it was a violation for all parties or not and it concluded that it does not violate rights for anyone."

Similar debates on the election threshold have taken place in previous years and even international judicial decisions have been made on the matter. In response to the application to lower the threshold, the Constitutional Court determined in 1995 that the 10 percent election threshold did not violate the principle of equitable representation.

Furthermore, the European Court of Human Rights had earlier decided in 2007 and 2008 that Turkey's election threshold does not violate the right for free elections and is not a violation of human rights.

The Strasbourg-based court ruled in favor of Turkey in a 5-2 vote saying that the threshold aimed at ensuring stability in the country's political life. Beside lowering the current 10 percent election threshold offered by the AK Party in 2013 as part of the reforms that were announced as a democratization package on September 30, 2013.