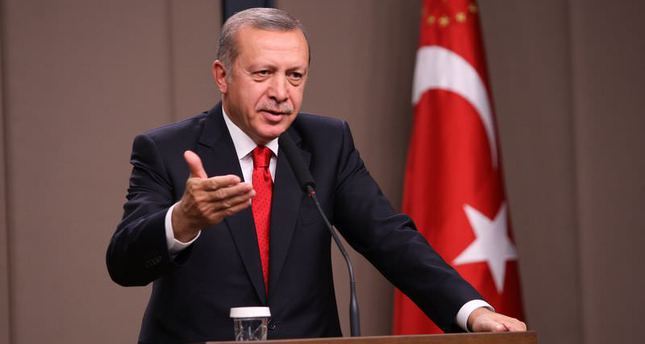 by AA Dec 03, 2014 12:00 am
Turkey cannot accept hegemons writing the history of the arts and the sciences, and even the Nobel Prize is not awarded objectively, said President Recep Tayyip Erdoğan on Wednesday.

"We cannot abandon our cinema, literature and the arts. Turkey cannot silently watch while hegemons write the history of arts and science," Erdoğan said, during the Turkish Presidential Awards Ceremony.

"No one can expect an objective decision from international institutions in a world where decisions are shaped by the West's own ideology, politics and beliefs. Is the Nobel Prize awarded objectively? No. Does the UN Security Council make objective decisions? No," said Erdoğan.

Erdoğan has criticized the UN Security Council for allowing only five major powers to effectively make all decisions.

Erdoğan also touched on the criticism directed at the new presidential palace, for which the opposition has accused the government of spending too much money.

"The Presidential Palace is not the palace of Erdoğan, but belongs to the whole Turkish nation. This is an artifact that Turkey will hand down to future generations," Erdoğan said.