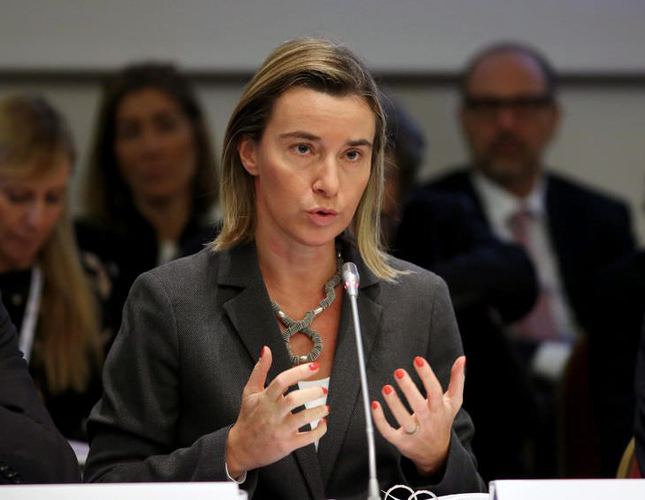 by Dec 05, 2014 12:00 am
New High Representative of the EU for Foreign Affairs and Security Policy Federica Mogherini will travel to Turkey next week to highlight the "strategic importance" of ties, one week after President Vladimir Putin of Russia made a visit during which he cancelled a huge gas pipeline project to Europe.

Europe and Russia are both keen to court Turkey, a long-standing but so far unsuccessful candidate for EU membership, viewed as a bulwark against regional turmoil in Syria and Iraq. "The visit to Turkey … is a strong indication of the strategic importance of the EU-Turkey relationship and our desire to step up engagement in view of shared interests and common challenges," Mogherini said.

Mogherini will be in Turkey on Monday and Tuesday along with EU Humanitarian Affairs Commissioner Christos Sylianides and Enlargement Commissioner Johannes Hahn. "I reiterate Europe's solidarity with Turkey, most notably the host communities who are generously hosting more than 1 million refugees from Syria and Iraq," Stylianides said in a statement.

The trip comes just days after Putin visited Ankara with 10 ministers in tow to promise a huge increase in trade and closer relations despite sharp differences over the crises in Syria and Ukraine. During the visit, Putin announced the cancellation of the multi-billion-dollar South Stream gas pipeline to Europe, saying instead that Russia would work with Turkey on a new gas hub.

Turkey is also a long-standing candidate for EU membership, beginning talks in 2005, which have so far made little progress. "We are committed to moving forward EU-Turkey relations and keeping the accession negotiations on track," Hahn said in the statement. "However, further reforms are needed to provide solid ground for progress. To achieve this, we need to have an even closer and deeper relationship with Turkey," he added.

The EU and its member states have provided some 2.5 billion euros in humanitarian aid to help neighboring countries deal with the millions of refugees fleeing the conflict in Syria. On Thursday, the bloc announced a further package worth 180 million euros to help Jordan and Lebanon.