PM Davutoğlu:The aim is to complete reconciliation process before 2015 elections 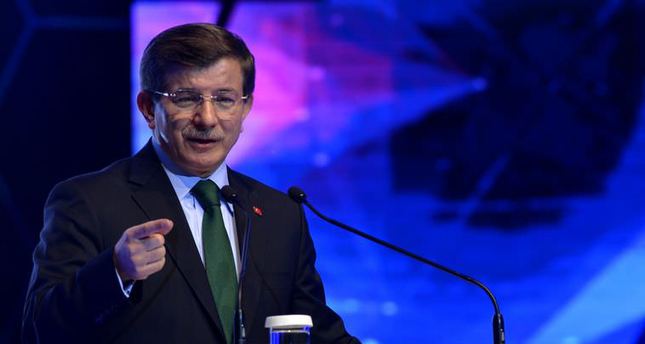 by Daily Sabah Dec 05, 2014 12:00 am
In an exclusive interview aired on the Turkish channel TGRT, Prime Minister Ahmet Davutoğlu said late on Thursday that there has been no change in Justice and Development Party (AK Party) voting trends and that the level of the party's votes is still between 48.5 percent and 51.5 percent.

Claiming that in contrast to other political parties that have seen a vote decrease, the AK Party is protecting its existing votes while also gathering new ones

In the last national election in 2011, the AK Party garnered 49.9 percent of the vote while the main opposition Republican People's Party (CHP) received 25.9 percent and the Nationalist Movement Party (MHP) took 12.8 percent.

Touching on the reconciliation process between Ankara and Kurds that began with AK Party initiatives to successfully end the three decade-long Kurdish issue, Davutoğlu said that the government always supports reconciliation, but that the Oct. 6-7 Kobani demonstrations harmed the process by showing that public order comes first.

The Peoples' Democratic Party's (HDP) call for street demonstrations led to hundreds of PKK supporters protesting in the streets, which turned into violent clashes between pro- and anti-PKK groups. The fierce protests on Oct. 6-7 claimed nearly 40 lives and left scores injured. The October protests erupted when the Syrian border town of Kobani came under attack by Islamic State of Iraq and al-Sham (ISIS) militants. It was alleged that the Turkish government was not doing enough to help the mostly Kurdish population of the town.

In the 1980s, the PKK took up arms against the Turkish state in order to carve out a separate, independent Kurdistan in the southeastern region and thousands of people lost their lives in clashes.

Highlighting the fact that reconciliation is not only pursued by Ankara, the prime minister said that nongovernmental organizations in eastern Turkey also embraced the reconciliation process and public order.

He said that a huge step had been taken toward reconciliation in the last two months, but added: "The reconciliation process or any other process only comes to life within the scope of public order."

Calling all actors in the reconciliation process to show the utmost determination, Davutoğlu said that psychological barriers have been overcome in the process and urged related figures not to provoke authorities again in reference to the Oct. 6-7 Kobani protests.

Davutoğlu also clarified that the government aims to conclude the process successfully before the national election in 2015.

The government initiated the reconciliation process early in 2012 to end the 30-year conflict with the PKK and to address Kurdish issues as part of the democratization package. Accordingly, a series of democratic reforms are being carried out to empower minorities, including lifting barriers to language and removing many of the systemic obstacles facing Kurds.