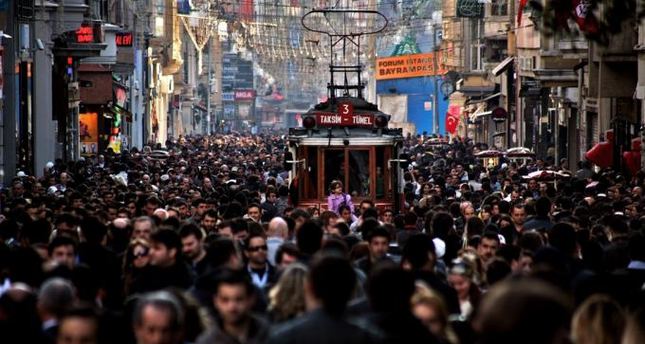 Amid Western views portraying Turkey as seriously impacted by the devastating conditions in neighboring Syria, expats living in Turkey say they are not affected by rising tensions in the region

Expats in Turkey have few safety concerns over the rising threat of the Islamic State of Iraq and al-Sham (ISIS) in neighboring Syria. Nor do they feel threatened by the protests triggered by Kurdish radicals supporting fighting in Kobani, as there is, they say, very little direct experience of the kind of conditions current in Kobani.

Refuting the discredited view that Turkey is a high risk area regarding safety issues, foreigners who have been living in Turkey for a while say they do not feel concerned about the possibility that fighting between Kurdish fighters and the ISIS, which lingers in Kobani, will penetrate Turkey in any serious way.

Kobani, located on the southern border with Turkey, has been besieged by ISIS for roughly two months. Airstrikes have been carried out on the insurgents' positions, but the killings of their fighters have failed to break the siege thus far. The threat that still lingers in the region has become a means for Western media outlets to propagate a view of instability that has been refuted across Turkey. These media reports depict conditions in Turkey as "unsafe," particularly for foreigners, given that some think the fighting could extend to Turkish territory.

The Kobani protests that erupted on October 6 after pro-PKK radicals grew angry over the government's position on Kobani, led to clashes among pro- and anti-PKK factions resulting in 51 deaths. The protests, which were mainly confined to Turkey's southeastern regions, were portrayed as engulfing the whole country. Expats in Turkey, regardless of where they live, are viewed as being under threat due to the "declining" levels of safety in the country. But this situation turns out to be viewed very differently by expats living here.

"Like other Istanbulites, I know how far away I am from the terrible realities on the Syrian side of the Syrian-Turkish border; Turkish nationals in Urfa are not even living under those conditions," said an American expat, who asked to remain anonymous.

As an academic in the department of Western Languages and Literature at Boğaziçi University, this expat has been in Istanbul on and off for the past 30 years. Speaking to Daily Sabah, she said that she has lived and worked in Istanbul full-time since 2002 after returning as a Fulbright Scholar. Returning to the U.S. never crossed her mind as Turkey feels as much like "home" as the U.S.

"I have never felt threatened here. On the contrary, as a woman I can walk in Beyoğlu alone or take the metro alone at midnight and feel completely safe. This has not changed at all in the last year and a half," she added.

When asked whether her family and friends in the U.S. are concerned about her, considering the news published about Turkey, she replied, "My family and closest friends are sophisticated and well-traveled enough to resist media hysteria," adding that she does not watch U.S. news nor pay any attention to popular opinions on the subject.

Although it would be optimistic to assert that Turkey is without problems while its neighbors are at war, the effects it has on daily life are hardly recognizable. The war, while having an impact on current Turkish politics, including causing a suspension of the reconciliation process between the government and Kurdish groups, is not affecting the lives of ordinary people. This is also the case in the eastern provinces of Turkey, which are situated closer to the border, since the tension has not penetrated towns where civilians reside.

Another American expat named Olivia who lives in Hatay – a province in southern Turkey on the border with Syria – shared her comments with Daily Sabah on the matter. Having found the city's religious and linguistic diversity appealing, she said she made a radical decision to move to the region in 2014.

Closer to the border, Olivia said she is concerned about the fighting in Kobani, especially when reading the news about what is going on in Syria in and around the border with Turkey, but that it is hard to feel the tension on the ground in Antakya outside of newspaper reports.

"If I were working with an aid group or if I were a journalist passing between Hatay and Syria, I might feel differently. But as I'm strictly on the Turkish side of the border, it's hard for me to feel threatened," she said.

An Australian expat, Julia, working as a journalist in Istanbul, spoke to Daily Sabah to share her thoughts on living in Turkey as a foreigner. She said she is content with her life in Turkey and does not have any safety concerns since she has not faced any danger so far. She also highlighted that media reports of events in Kobani and the possible negative impacts in Turkey have caused some anxiety among her family in Australia, but she has explained to them that the real situation in Turkey is far from "scary."

"My family was worried about me during that period but they cannot see. I mean they get information from the media and other secondary sources. So I just had a bit of explaining to do about what I really see here," she said.