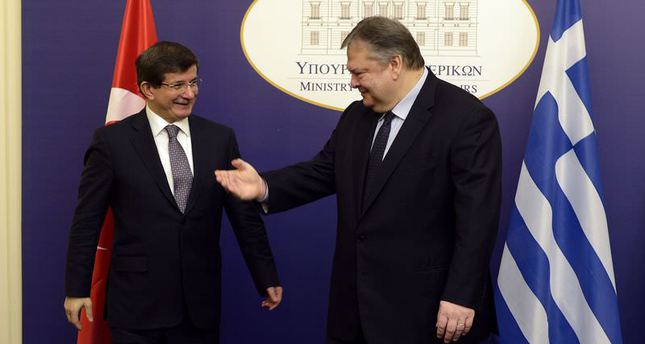 by AA Dec 05, 2014 12:00 am
The third Turkey-Greece High-Level Cooperation Council summit will be held on 5-6 December in Athens under the co-chairmanship of Turkey's Prime Minister Ahmet Davutoğlu and his Greek counterpart Antonis Samaras.

The meeting comes amid high tensions between the two countries over the Cyprus issue.

Turkey and Greece are the guarantor countries for the disputed island of Cyprus where both Turkish and Greek Cypriots are trying to find a way to settle their decades-long conflict.

Both Turkey and the Turkish Republic of Northern Cyprus have called for a fair division of such resources between both sides.

The first meeting of the Turkey-Greece High-Level Cooperation Council was held on May 14-15, 2010 in Athens.

The second meeting was organized in Istanbul on March 4, 2013.