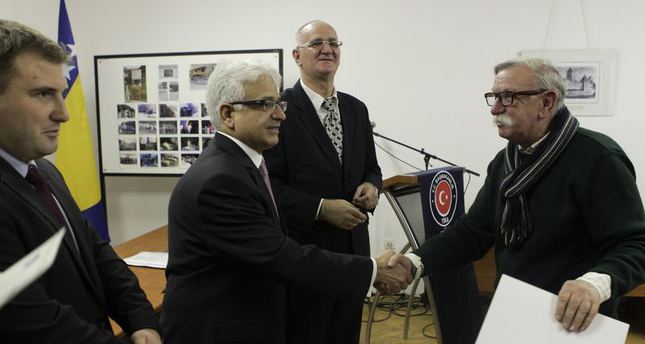 by AA Dec 05, 2014 12:00 am
The Turkish Cooperation and Coordination Agency (TİKA) handed the keys back to the owners of repaired houses that were damaged by floods last May in Bosnia and Herzegovina on Thursday.

In total, the owners of 25 repaired houses in the Maglaj province were welcomed into their homes in a ceremony organized by TİKA.

"Turkey stands by the people of this region during their hard times," Balkans and Eastern Europe coordinator Mahmut Çevik said after the ceremony. "We will be repairing 300 more houses. We allocated nearly 2 million euros ($2.5 million) for the repairs."

Meanwhile Maglaj mayor Mehmed Mustabasic stated that other NGOs alongside TİKA had helped the disaster victims.

"In Maglaj we have repaired 640 houses so far with the help of several NGOs," he said. "There are 700 more houses needed to be repaired."

Heavy rainfall caused the worst regional flooding in 120 years in the Balkans last May.

Dozens of people were killed and thousands others were left homeless.