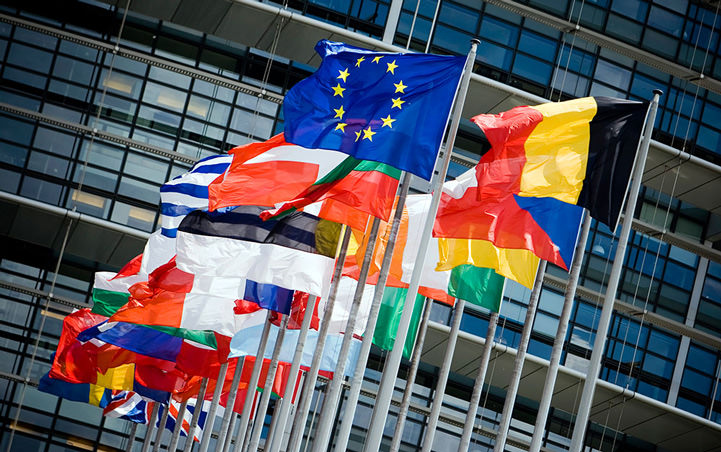 by Daily Sabah with Agencies Dec 07, 2014 12:00 am
High Representative of the EU for Foreign Affairs and Security Policy Federica Mogherini, Enlargement Commissioner Johannes Hahn and Humanitarian Aid Commissioner Christos Stylianides will travel to Turkey on Monday and Tuesday in one of the highest profile EU visits in years to hold talks over the ways to cooperate more closely in the fight against the Islamic State of Iraq and al-Sham (ISIS).

"The visit ... is a strong indication of the strategic importance of the EU-Turkey relationship and our desire to step up engagement," Mogherini said in a statement.

Turkey has been negotiating to join the EU since 2005, but political obstacles, notably over the divided island of Cyprus, and resistance to Turkish membership from some EU countries, have slowed progress and relations have often been difficult. But now top EU officials hope a new president and prime minister in Turkey and a new European Commission in Brussels mark a fresh start that will pave the way for regular high-level talks to discuss common strategic interests. The visit comes a week after Russian President Vladimir Putin's trip to Turkey, during which Moscow announced it was scrapping the South Stream gas pipeline project and named Turkey as its preferred partner for an alternative pipeline. EU officials want to talk about the need for closer cooperation in the fight against ISIS militants and other militant groups and efforts to cut off their funding and halt the flow of foreign fighters.

Thousands of Europeans have gone to fight in Syria with ISIS or other groups and Turkey is a key transit point. Ankara has said that EU governments should be doing more to stop would-be fighters travelling to the region and urged Western countries and the U.N. for a comprehensive strategy to combat the flow of foreign fighters joining ISIS.

The EU wants Turkey's help in identifying foreign fighters and in warning of any risks to aviation security, one EU official said on condition of anonymity. The EU officials will meet Turkish President Tayyip Erdoğan and Prime Minister Ahmet Davutoğlu and visit Turkey's southeastern province of Gaziantep, where more than 33,000 Syrian refugees have taken shelter in four camps.. They will announce an increase in EU aid to help Turkey cope with an influx of refugees from Syria and Iraq. The EU officials are also expected to hold a quartet meeting with Foreign Minister Mevlüt Çavuşoğlu and EU Minister and Chief Negotiator Volkan Bozkır. In addition to the high-level EU visit, there will be a flurry of diplomatic activities in Turkey next week, including visits by British Prime Minister David Cameron and President Dalia Grybauskaitė of Lithuania.

Foreign Minister Tamar Beruchashvili of Georgia will also be in Ankara Tuesday on Çavuşoğlu's invitation.

On Wednesday, the fourth trilateral meeting of the foreign ministers of Azerbaijan, Georgia and Turkey will be held in Turkey's northeastern province of Kars on Dec. 10.

On Thursday, Foreign and European Affairs Minister Miroslav Lajcak of Slovakia will be in Turkey to hold a press conference with Çavuşoğlu, diplomatic sources said.

Next Friday, Thessaloniki, Greece will host the Black Sea Economic Cooperation meeting that is expected to be attended by Çavuşoğlu, the sources added.