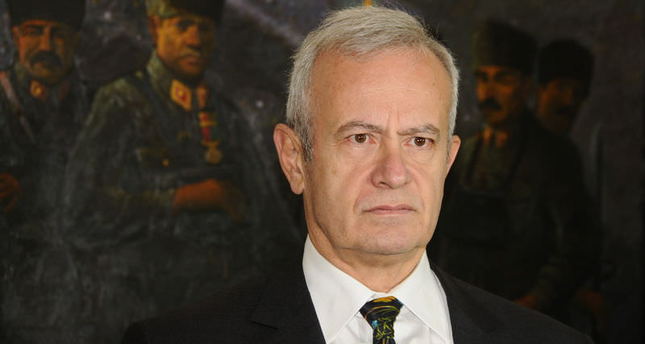 by Daily Sabah Dec 09, 2014 12:00 am
Internal conflict is expanding within the Republican People's Party (CHP) as party members will discuss the tensions between Şişli Mayor Hayri İnönü and Deputy Mayor Emir Sarıgül in CHP's headquarters in Ankara on Wednesday and question the administrative skills of İnönü as a mayor.

It was reported that CHP's deputies in Şişli's municipal council have chosen ten representatives to convey their dismay about Mayor İnönü, who, allegedly, "does not work and does not reach out to the people."

The representatives are expected to contact CHP's chairman, Kemal Kılıçdaroğlu, or Veli Ağbaba, who is responsible for local administration affairs, and explain that İnönü is not fulfilling his duties as a mayor. In the case that İnönü fails to change his poor working habits, the representatives will reportedly request his resignation.

"İnönü's failure to improve his working habits may result in the loss of Şişli" members claimed, who noted that this would result in the resignation of members of the municipal council.

The mayor is expected to respond to the allegations with the support of deputy chairmen including Tekin Bingöl and Ercan Karakaş, as well as secretary general Gürsel Tekin who will reportedly defend İnönü at CHP's central executive board (MYK) meeting which will take place on Wednesday.

It was reported that Kemal Kılıçdaroğlu has assigned İhsan Özkeş, who ran as a mayoral candidate for Üsküdar, to act as a mediator but he failed to resolve the issue.

A serious conflict took place in Şişli municipality administrated by CHP when Deputy Mayor Emir Sarıgül, who is the son of Şişli's former mayor Mustafa Sarıgü,l moved the municipal headquarters to a building in Okmeydanı district. Hayri İnönü was allegedly denied entry to the new headquarters, with many claiming the former mayor has attempted a 'coup' in the municipality.