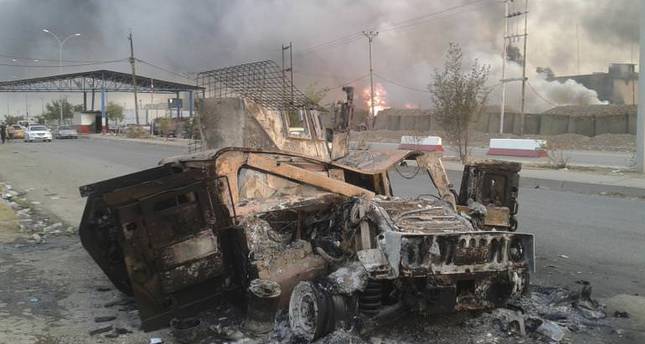 by Ali Ünal Dec 09, 2014 12:00 am
The extremist terrorist group, the Islamic State of Iraq and al-Sham (ISIS), has demanded the world's attention since it took control of Mosul in June. Even though ISIS militants have endured three months of U.S.-led airstrikes, it has started to lose public support and is not expected to last long in the region.

ISIS has become one of the biggest security threats in the region and made enemies around the world after it took quick control of Iraq's second largest city of Mosul in June. While U.S.-led airstrikes are focused on weakening ISIS terrorists, local resources say that ISIS has started to lose public support. "Iraq's Sunnis were fed up with the previous Shiite-led Baghdad administration's sectarian policies and therefore they saw ISIS as a savior at first. Due to the mistakes of the Baghdad administration, the people of this region felt estranged and local people and local governments cooperated with ISIS. However, there is increasing fury by local people at the repressive ISIS regime," the head of the Turkish desk at the Department of Foreign Relations of the Kurdistan Regional Government (KRG) Council of Ministers, Abdulsalam Rasheed Ismail said. Explaining that Sunni tribes have begun to withdraw their support for ISIS, Ismail added that there is increasing insecurity among ISIS militants. "Sunni tribes were an important part of ISIS's expansion in such a short time, but to our knowledge Sunni tribes have started to withdraw their support for ISIS." Ismail drew attention to the widely held belief in the region that ISIS is not expected to last long there. "The U.S.-led airstrikes and peshmerga forces pushed back and succeeded to liberate some areas. These incidents demoralized ISIS militants and now they look on everybody, including their own militants, with the suspicion of being a spy or traitor. After they lost public support I don't think ISIS will be able to survive in our region," Ismail added. Touching on Turkey-KRG ties, Ismail described bilateral relations as "solid as a rock" and said they expected to increase the cooperation between the two sides in various fields. Ismail also said that the new Iraqi government made a good start while emphasizing that after years of sectarian politics and many detrimental policies, people expected to see more in order to trust the central government in Bagdad.

In recent days peshmerga forces succeeded in liberating areas surrounding the towns of Makhmour and al-Gweir and local news outlets reported that the Kurdish fighters inflicted heavy losses on ISIS.