PM: Demirtaş would be responsible for every drop of blood during reconciliation 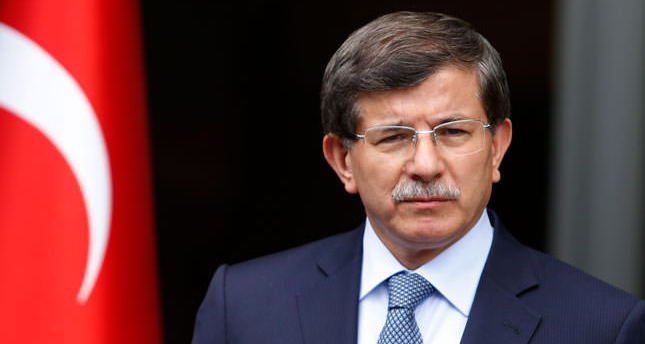 by Daily Sabah Dec 09, 2014 12:00 am
Speaking to journalists upon his return to Turkey after his trip to Poland, Prime Minister Ahmet Davutoğlu lambasted the Gülen Movement saying that it is in contact with certain organizations including the PKK, which took up arms against Turkey to carve out an independent Kurdish state in the southeastern region.

"We know about talks and contacts between the Gülen Movement and the [PKK]. The public also has right to know," Davutoğlu claimed.

The Gülen Movement is accepted as a national threat by the Turkish government because it is accused of wiretapping thousands of people including Turkish government officials, encrypting phones and infiltrating state institutions with the aim of toppling the government. The movement is led by Fethullah Gülen who lives in self-imposed exile in the U.S.

Regarding the security package that was proposed by the government to prevent anti-democratic incidents and to strengthen Turkish security forces in line with EU norms, the prime minister said that the security package prepared to prevent incidents such as the October 6-7 Kobani protests. He also warned Peoples' Democratic Party (HDP) leader Selahattin Demirtaş by saying: "Demirtaş will be responsible for every [drop of] blood that may be shed from now on," following Demirtaş's statements that the HDP will prevent the security package by taking to the streets in protest if necessary.

Reconciliation talks stalled after the October 6-7 Kobani demonstrations. Even though the reconciliation process road map was ready prior to the incidents and it was expected that in four or five months the Kurdish issue would successfully come to an end, the demonstrations harmed the government's trust in the HDP and other parties involved in the protests. The protests turned into violent clashes between pro- and anti-PKK groups and dozens of citizens lost their lives.

Calling for Kurdish citizens to react against the use of arms and killings in the country, Davutoğlu said that the October 6-7 clashes were not supported by the citizens under any circumstances.

Touching on Kurdistan Regional Government (KRG) President Masoud Barzani's comment that Irbil could have fallen into the hands of the Islamic State of Iraq and al-Sham (ISIS) if Turkey had not helped, Davutoğlu said that the Iraqi Kurdistan region is a place of stability and "stability there means stability in Turkey."

On his official visit to Poland, Davutoğlu said on Monday that the Turkish government decided to lift the visa requirement for Polish citizens with the aim of increasing interaction between the two countries.

Davutoğlu also highlighted that Kopacz pledged to give full support to Turkey for Schengen visa liberalization and added that when air transport between the countries is increased, Turkish citizens will be able to move throughout the EU with the support of Poland.