President: Turkey will continue to be the voice of the oppressed 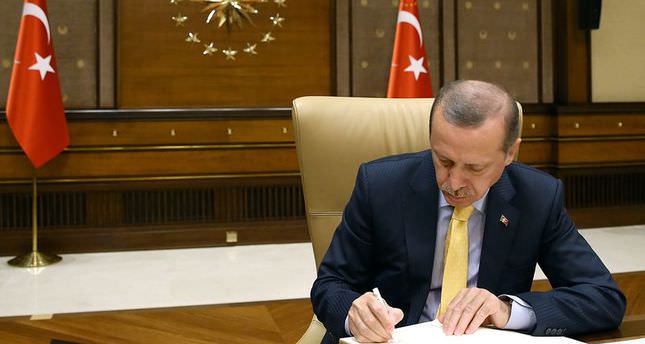 President Recep Tayyip Erdoğan in a message published as part of the 66th anniversary of the Universal Declaration of Human Rights said that Turkey will openly fight against injustice at home and abroad despite defamation campaigns to suppress its voice.

Describing the current situation in Gaza, Syria and Egypt is a "violation of human rights," Erdoğan said that the world is turning a deaf ear to the screams of victims and the oppressed. "Even 66 years after the Universal Declaration of Human Rights was adopted by the United Nations, we witness the violation of the most basic human rights in several places around the world," he said, adding that in numerous places such as Syria and Egypt, oppressors continue to disregard the right to life of their own citizens without facing any sanctions.

He said that some groups and political parties take advantage of social and economic crises and exploit the situation by instigating Islamophobia, racism, xenophobia and anti-Semitism and that many people are discriminated against and victimized for their language, ethnic background, religion and culture in developed countries.

"Turkey will continue to fulfill its duty in international and regional platforms to encourage peace throughout the world, and it continues to support all constructive initiatives in this respect," he said, adding that Turkey will continue to be the voice of the oppressed regardless of where they are in the world and speak openly against injustice.