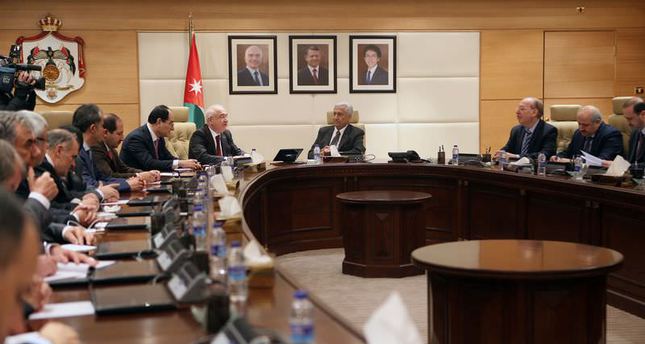 by AA Dec 10, 2014 12:00 am
Jordan's Prime Minister Abdullah Ensour said on Tuesday that Turkey has become one of the influential players in the region and the world.

"Turkey has contributed in presenting a positive image of Islam in the light of many attempts to misrepresent and distort its image by some groups," Ensour said during a meeting with visiting Turkish Parliament Speaker Cemil Çiçek in Amman, Jordan's official news agency reported.

The meeting focused on current developments in the region and their impacts on both Jordan and Turkey. Ensour said that failure to reach a just and durable solution to the Palestinian problem was the cause of all crises in the region in the past decades.

Çiçek, for his part, said that Turkey and Jordan are among the most affected by what he described as the "tragedy" in the Middle East. He said Turkey is working to encourage Turkish businessmen to increase their investments in Jordan, especially in the Aqaba economic zone in southern Jordan. He also pointed to the possibility of increasing cooperation in the field of tourism between the two countries.