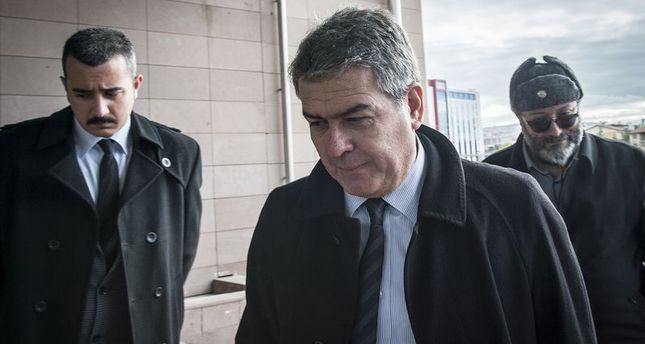 by Daily Sabah Dec 11, 2014 12:00 am
Main opposition Republican People's Party (CHP) Eskişehir Deputy Süheyl Batum, who was spoke out against CHP Chairman Kemal Kılıçdaroğlu and party administration policies, has been dismissed from the party following his referral to its disciplinary committee.

These remarks led Batum to be referred to the disciplinary committee and later his dismissal from the party.

Following his dismissal, Batum said that he was not informed about the decision and described it as unlawful and a plot against him.
"Those [who did this to me], MYK [Central Executive Board] members, will pay the price," Batum said in a speech.

"No official statement has been made, which means that the decision was made by some long ago without discussing it in the High Disciplinary Committee," Batum said.

He asserted that since the day he was referred to the disciplinary committee on November 5, he received no information for the reason behind his dismissal until November 25.

The reason the disciplinary committee decided to dismiss Batum is for "adopting attitudes shaking party unity" and "opening the party up for discussion before the public."

This is the first time that a member has been dismissed from the party since 2010, when Kılıçdaroğlu took office.

Batum, whose statement paved the way to his dismissal, said in November: "In one or two weeks, many of our friends [CHP members] will consider the party's condition."

Chaos within the party started with the announcement of CHP-Nationalist Movement Party (MHP) joint presidential candidate Ekmeleddin İhsanoğlu for the August 10 presidential election. Many party dissidents alleged that the party administration did not ask for their opinion of İhsanoğlu's candidacy.

Following the huge disappointment for the CHP in the presidential election in which Justice and Development Party (AK Party) presidential candidate Recep Tayyip Erdoğan was elected president, an extraordinary party congress was held in September. It was also asserted that Tarhan would announce her candidacy for party leadership to compete with the current chairman, Kılıçdaroğlu, but these allegations were dismissed when CHP Vice Chairman Muharrem İnce announced his candidacy to run in opposition first and these developments led to Tarhan's resignation.