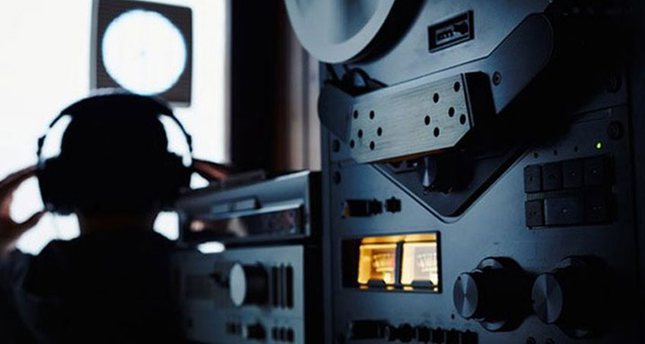 by Daily Sabah Dec 12, 2014 12:00 am
An Ankara prosecutor submitted an indictment to court on Friday regarding the illegal wiretapping activities by members of the Gülen Movement who infiltrated key government bodies in an attempt to topple the government.

Prosecutor Tekin Küçük accused the former chief of the intelligence unit of the National Police Department, Ömer Altınparmak, of spying and is seeking up to 290 years in jail for the suspect.

The indictment accuses an organization consisting of 18 members of wiretapping numerous people who were targeted by the group.

The indictment accuses members of the Gülen Movement, who are already notorious for carrying out illegal wiretapping activities, of infiltrating the National Police Department's intelligence unit. The prosecutor accuses Altınparmak of being the founding member of the illegal organization that engaged in spying activities.

The indictment claims that a criminal organization within the National Police Department, deviated from the hierarchy of the state, served their own illegal purposes by misusing the capabilities of the state.

Küçük also said that it was impossible for Altınparmak to be unaware of the activities, considering his rank, and said he himself was leading the activities.

Küçük charged the suspects for illegally acquiring confidential information about the state to be used for spying.

"The suspects decided who to wiretap themselves, and they appealed to the court with fabricated documents claiming that the people who they demanded to wiretap were in contact with terrorist organizations so that they received consent. The suspects in question violated confidentiality of communication and private lives by illegally wiretapping high-level members of political parties, academics, public officials, military officials and private conversations of 'parallel structure' targets."

The Gülen Movement, led by retired imam Fethullah Gülen, who lives in self-imposed exile in the U.S., is seen as a national threat to the state by Ankara, as it is accused of wiretapping thousands of individuals, including high-level government officials and allegedly infiltrating state institutions to overthrow the government.