The next generation will heal damage to the language: President Erdoğan 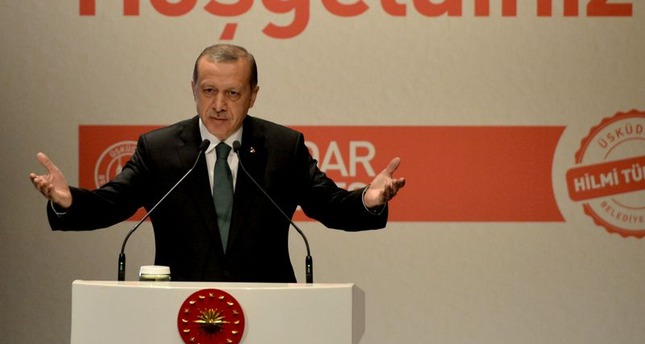 by Daily Sabah with AA Dec 12, 2014 12:00 am
President Recep Tayyip Erdoğan defended learning the Ottoman language to repair the ties of the current generation to their ancestors on Friday at the commemoration night of Turkish calligrapher Hasan Çelebi.

Erdoğan underscored that the Ottoman language represents Turkey's history and civilization saying, "There is no other nation that is not able to read their ancestor's language or read their gravestones. I believe the damage to our language will be healed by the next generation."

He also criticized the opposition for taking an ideological approach against the new regulation that would make learning Ottoman obligatory in high schools.

"No one should have concerns about teaching and learning Ottoman-era Turkish," Erdogan said.

"Reviving Ottoman-era Turkish is not an ideological issue, as the opposition claims, but rather a theme to which the whole Turkish nation should rally," he said.

"They say we are discussing Ottoman, while other nations are researching space technology. If you erase your civilization, you will see others advancing ahead of you, going into space, etc.," he added.

The Ottoman language lessons proposal was accepted by officials at the 19th National Education Council on Dec. 5. The decisions of the council, which is an advisory body, are not binding and are not necessarily implemented. President Recep Tayyip Erdoğan has openly voiced support for the measure.

The Turkish people have used a number of different alphabets throughout history, including the Arabic alphabet, after they accepted Islam.

Later on, Ottoman intellectuals of the last period, including Abdul Hamid II, the 34th sultan of the Ottoman Empire, suggested that Arabic letters should be improved to make reading and writing easier.

In 1928, Mustafa Kemal Ataturk, founder of the Turkish Republic, introduced the current 29-letter Turkish alphabet to replace the previous Perso-Arabic script. The present Turkish alphabet is an alphabet derived from Latin alphabet.