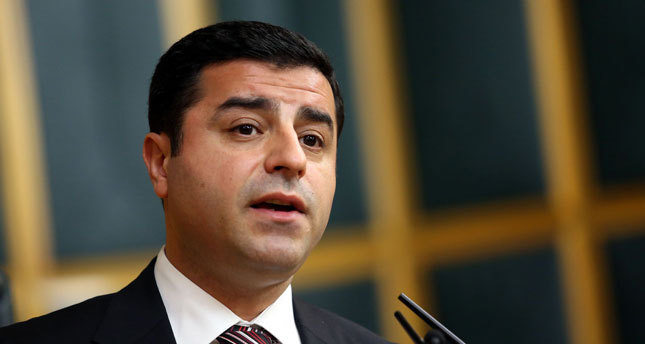 by AA Dec 13, 2014 12:00 am
Selahattİn Demirtaş, the co-chairman of the pro-Kurdish Peoples' Democratic Party, said he is not against students learning the Ottoman language as long as it's voluntary.

Demirtaş's comments come after the 19th Council of Turkey National Education on Dec.5, which suggested that Turkish students could learn Ottoman through an obligatory course in highschool. However, the government's plan to introduce compulsory Ottoman language lessons is suggested only for Islamic theology teaching İmam-Hatip schools, the education minister told Daily Sabah earlier this week.

However, Demirtaş added: ''We are against children being forced to learn any language. People should be free to receive education in their own mother tongue and the language of their choice.''

Demirtaş spoke at the European Parliament in Brussels during the 11th International Conference on "the European Union, Turkey, the Middle East and the Kurds."

In 1928, the founder of the Turkish Republic Mustafa Kemal Ataturk replaced the Perso-Arabic script used in the Ottoman language with the current 29-letter Turkish alphabet and made it compulsory in all public communications. The (present) Turkish alphabet is an alphabet derived from the Latin alphabet.