Codes of Sunday's operation against Gülenists in "Tahşiye" case 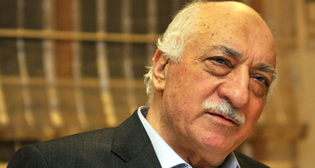 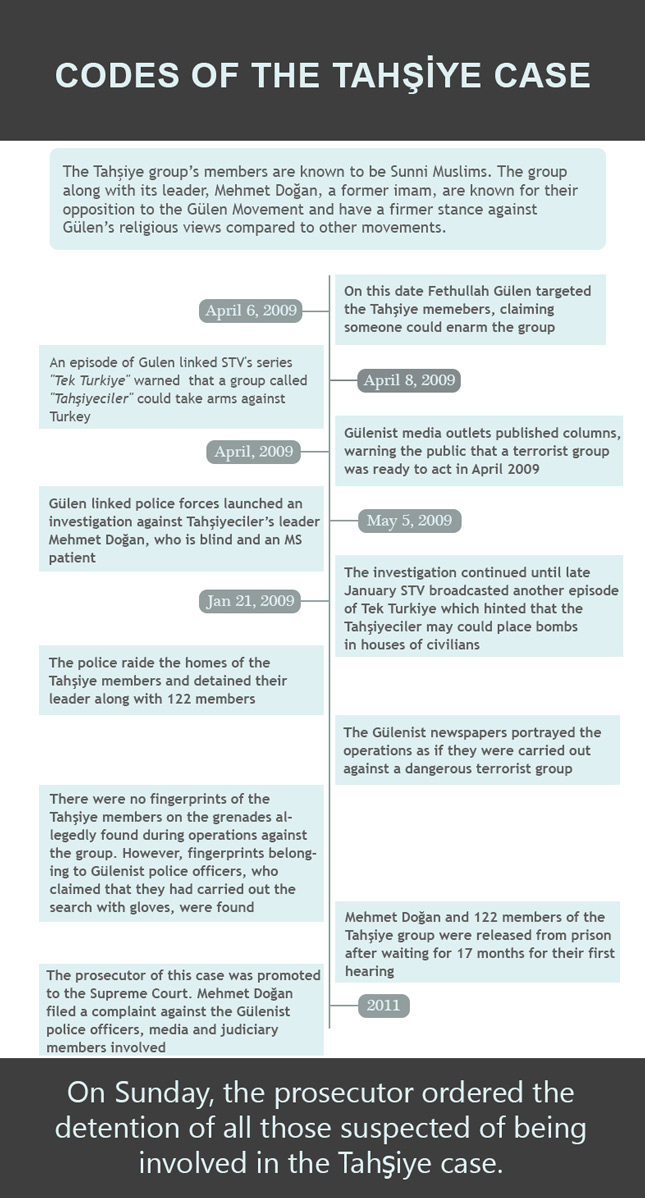 Who is the "Tahşiye" group?

The Tahşiye group is known to be a branch of the Nur Movement. Its members are Sunni Muslims who follow the Hanafi school of thought. The group along with its leader, Mehmet Doğan, a former imam, are known for their opposition to the Gülen Movement and have a firmer stance against interfaith dialogue compared to other movements.

Fethullah Gülen, the U.S.-based cleric who lives in a self-imposed exile, was the first one to make a reference to the group as "Tahşiye" in 2009.

What are the allegations in "Tahşiye" case against key Gülen-linked figures?

In 2010, the police launched an operation against the Tahşiyeciler group, where 122 members of the group were detained and Doğan was imprisoned for 17 months. Doğan, who is also known as "Molla Muhammet," was allegedly against some of Gülen's ideologies.

Prior to the operation, in a speech on April 6, 2009, Gülen denounced the Tahşiye group by saying the group would be used by domestic and international powers as a tool to threaten national security, similar to the Kurdish (or Turkish) Hezbollah of the 1990's and al-Qaida.

Following Gülen's speech, Zaman daily made references to the issue on its pages along with other media outlets close to the movement.

Turkish police launched an operation throughout the country targeting al-Qaida members on January 22, 2010. The operations also allegedly included raids on the Tahşiye group by police officers close to the Gülen movement.

After 17 months of imprisonment, Doğan pressed charges against the Gülen Movement. The suspects have been detained under allegations of fabricating fake evidence for Doğan's imprisonment as well as for "plotting and scheming."

The prosecutor issued warrants for the Gülenist suspects on the grounds of "establishing and managing an armed terror organization" in Turkey.