Movement fears Gülen will be next suspect 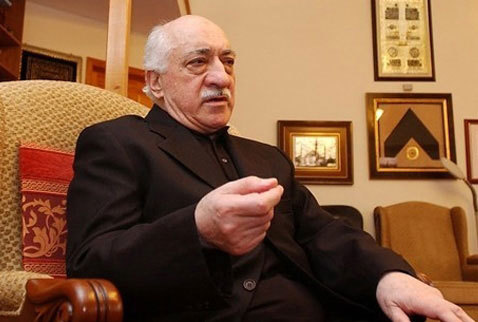 by Daily Sabah Dec 15, 2014 12:00 am
With the serious accusations made against senior Gülen Movement members, coupled with the knowledge that Fethullah Gülen micromanages all decision-making within the movement, there is the possibility that the criminal probe launched will eventually lead to serious charges filed against the U.S.-based leader of the movement.

The U.S. had sought a list of charges against Gülen when Turkey had requested his extradition. The prosecutor yesterday said the only reason why Gülen was not included on the list of those detained was the fact that Gülen is overseas. An international arrest warrant may be issued for Gülen in the coming days.

Followers of U.S.-based controversial imam Fethullah Gülen are now worried that their leader will be included in the investigation, as in a leaked telephone conversation Gülen is heard discussing a controversial TV soap opera with a senior member of the movement.

Gülen's direct involvement in such a TV series brought allegations that he directly got involved in portraying the Tahşiye group as a terrorist organization in one of the TV soap operas. Gülen, who claims to follow the path of respected Islamic scholar Said Nursi, had drawn criticism from high-ranked students of Nursi and the Tahşiye group's leader Mehmet Doğan, who had previously written a letter refuting Gülen's ideology and claiming he is not following the path of Nursi.

Doğan's imprisonment came after Gülen hinted in one of his lectures that there could be a terrorist organization named "Tahşiye," and later a Gülen-linked TV channel broadcast a TV series in which they portrayed a terrorist organization with the name "Taşhiye." Later dozens of Taşhiye group members were detained, and some were sent to prison but later released after 17 months. The Gülen movement is accused of conducting the anti-Taşhiye operation with their followers who had infiltrated the police department.