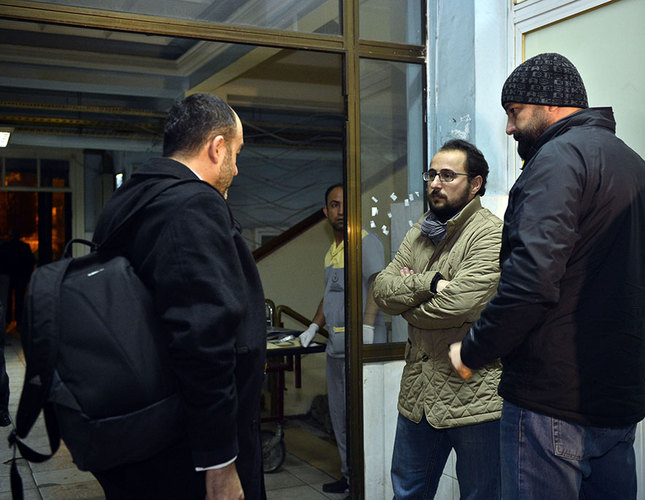 by AA Dec 16, 2014 12:00 am
Turkish police freed one more suspect, Fahri Sarrafoğlu from the 30 initially detained in an operation on local media figures and police officials in 13 provinces across the country, officials have said.

This has brought the number of the suspects released to twelve. The remaining 18 are still under investigation.

In addition, Hüseyin Gülerce, a former columnist of daily Zaman, which is allegedly linked to U.S.-based preacher Fethullah Gülen, was freed after three hours of questioning, according to security officials.

Prosecutor Hasan Yılmaz continued to take testimony from other detainees, including the editor-in-chief of Turkey's Zaman daily, Ekrem Dumanlı; the chairman of Samanyolu Media Group, Hidayet Karaca, as well as Makbule Cam Alemdağ, a scriptwriter of a TV series, which airs on the network.

All those detained are allegedly linked with Gülen and his so-called Gülen movement. The Zaman daily is also allegedly close to the same movement.

Istanbul Chief Public Prosecutor Hadi Salihoğlu said Sunday he had ordered the detention of 31 suspects on charges of forgery, fabricating evidence and forming a crime syndicate to overtake the sovereignty of the state.

President Recep Tayyip Erdoğan has vowed to take to task alleged Gülen movement group members on numerous occasions. The government has described the movement and its supporters as the "parallel state" since late 2013.

Since then, hundreds of police officers have been detained on charges of eavesdropping on Turkey's top officials, disclosing highly sensitive information, forming and belonging to an organization to commit crime, violating privacy, illegally seizing personal information and forgery of official documents.