EU reaffirms that Turkey is a key partner for the union 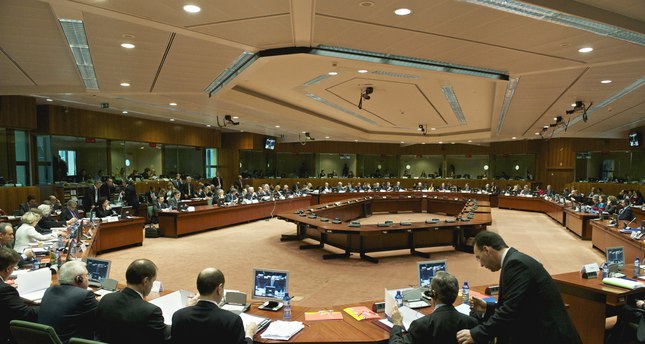 by AA Dec 16, 2014 12:00 am
The EU has reaffirmed the importance it attaches to its relations with Turkey, in the wake of an exchange of criticism from both sides in the recent days.

"Turkey is a candidate country and a key partner for the EU," the Council of the European Union said Tuesday in its enlargement resolution. Turkey's dynamic economy provides a valuable contribution to the prosperity of the European continent, the council said.

The 28-nation-bloc's annual enlargement resolution on EU candidate countries, including Turkey, on Tuesday come a day after President Recep Tayyip Erdogan slammed the EU for its "impetuous" criticism of an ongoing judicial probe against "the parallel state," which has seen the arrests of high-profile media members and police officers in Turkey.

The EU's enlargement resolution discusses what it calls Turkey's ''important regional role,'' and its involvement in the region. It also welcomes Turkey's reception and sheltering of well over one million refugees fleeing the violence in Syria.

''The very serious developments in the region, in particular in Syria and Iraq, render it crucial that dialogue and cooperation on foreign policy issues is increased within the framework of the EU-Turkey political dialogue,'' the council said.

The council also praises Turkey's implementation of reforms adopted in previous years, such as the September 2013 democratization package, and says it ''strongly supports Turkey's renewed efforts towards a peaceful settlement of the Kurdish issue.''

However, the EU urges Turkey to work on reforms which it said: ''should provide for adequate checks and balances fully guaranteeing freedom, including freedom of thought, expression and of the media, democracy, equality, the rule of law and respect for human rights.''

While Turkey ranks 7th in the EU's top import and 5th in export markets, the EU is Turkey's number one import and export partner through the customs union, according to the European Commission.