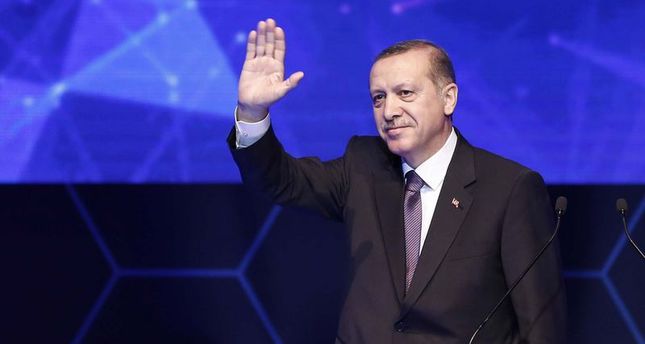 by Daily Sabah Dec 16, 2014 12:00 am
Turkish President Recep Tayyip Erdoğan has commemorated the Hannukah Day of Turkey's Jewish citizens, a statement released by the Presidency Press Center announced on Monday.

According to the statement, President Erdoğan sent a message to Jewish citizens, wishing them "tranquility, peace, happiness, and well-being".

"I congratulate Hanukkah Day of our Jewish citizens with my most sincere wishes. We see the diversity in our social, cultural, and anthropological being, as the biggest richness which has made Turkey what it is today, and reinforced its unity and cooperation, and enhanced our solidarity and fondness", said Erdoğan in the statement.

"Turkey will continue to carefully protect this rich cultural and historical heritage carefully today, as it has done until now" said the statement.

Hanukkah Day, celebrated by the Jews worldwide for eight days and nights, is celebrated on the 25th day of Jewish month of Kislev, which coincides with late November to late December on the secular calendar.

In Hebrew, Hanukkah means "dedication", as the holiday celebrates the re-dedication of the holy Temple in Jerusalem after the Jewish victory against Seleucid monarchy in 165 B.C.E
Last Update: Dec 16, 2014 11:42 am
RELATED TOPICS