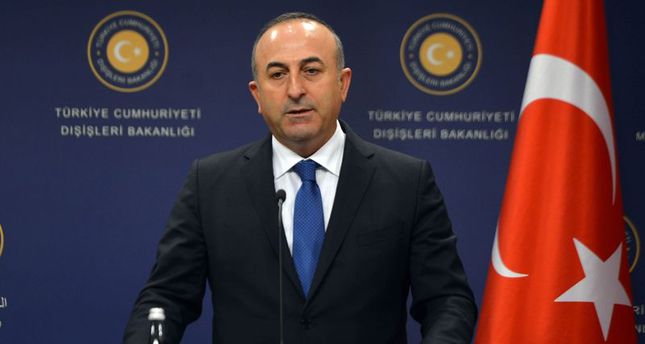 According to a statement issued on the Foreign Ministry's website on Thursday, the foreign minister will be in Tehran on Dec. 17, on the invitation of his counterpart Mr. Zarif.

The most significant issue on the visit's agenda is likely to be the Syrian war, which has rumbled on for almost four years. Disagreements between the two countries will also be discussed. While Turkey directly supports the Syrian opposition, believing that President Bashar Assad should leave office, Iran is among the countries that give financial and military aid to help keep Assad in power.

There is also disagreement between the two countries in the fight against the Islamic State of Iraq and al-Sham (ISIS). While Turkey believes that the Assad regime in Syria is equally as abhorrant as ISIS, and that a battle with one means a battle with the other, Iran, on the other hand, advocates a solution in which Assad protects his office.

After the United Nations envoy to Syria, Staffan de Mistura, offered a truce in an effort to build "freeze zones" to protect civilians from fierce battles in Aleppo between the forces loyal to Assad and opposition groups, diplomatic traffic intensified between Damascus-Moscow-Tehran. This week, there was a salient development as Syrian Foreign Minister Walid Muallem also paid a visit to Tehran, and discussions regarding a solution in Aleppo increasead. Accordingly, Çavuşoğlu's Iran visit is of critical importance amid the latest diplomatic traffic.

Before this visit, the two countries' foreign ministers had held a meeting in Beijing on Nov. 1 during the fourth Foreign Ministerial Conference of the Istanbul Process on Afghanistan.

Despite differences on the Syrian issue, Turkey and Iran have recently made efforts to enhance bilateral ties. Ten economic agreements were signed while Iranian President Hassan Rouhani was paying a visit to a high-ranking delegation to Turkey in June. The volume of trade between Turkey and Iran in the first half of 2014 stood at $6.5 billion, according to data released by the Turkish Statistical Institute (TÜİK).

The neighboring countries seek to increase their trade volume to $35 billion by 2015.