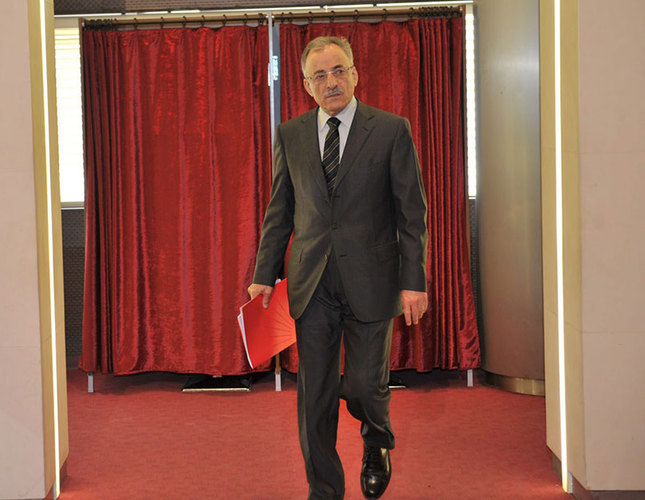 It had been earlier rumored in CHP circles and Turkish media outlets that Karayalçın would be assigned to the post, and this was confirmed by the announcement of CHP's Deputy Chairman Tekin Bingöl.

Former provincial chairman Oğuz Kaan Salıcı resigned from the post due to his aim of running for candidacy in the 2015 parliamentary elections. Several other provincial chairmen are also expected to resign with the same purpose, although such a change would likely weaken the party prior to the 2015 elections, which are regarded as crucially important by CHP.

71 year-old Karayalçın was the mayor of Ankara between 1989 and 1993, after which he was elected the chairman of SHP, replacing Erdal İnönü, son of former president and CHP leader İsmet İnönü. SHP was the coalition partner with former president Süleyman Demirel's center-right True Path Party (DYP), thus Karayalçın briefly served as foreign minister and deputy prime minister. Under pressure from left-wing voters, SHP was merged into CHP in 1995 and Karayalçın lost the ensuing leadership race to former CHP leader Deniz Baykal, who held the post until 2010 although Karayalçın ran twice against Baykal to reclaim the title.

Karayalçın was elected as Samsun deputy from CHP in the 1995 elections, and ran for Ankara mayor against his successor and arch-rival Melih Gökçek three times with CHP, newly-emerged SHP again with CHP in 1999, 2004 and 2009 local elections respectively. He then served within CHP's party caucus.

Although praised by many due to his projects in Ankara, which includes awarded planned suburban community project Batıkent, Karayalçın's assignment is likely to draw criticism as he has spent his entire career in Ankara and has less experience with Istanbul's political dynamics.

Karayalçın's election and political record is another concern for left-wing voters, as he is perceived as being too politically ambitious. His coalition partnership proved disastrous for the Turkish economy with the 1994 crisis, and the government at the time found a way-out from the crisis with a large privatization program that further angered Karayalçın and SHP's supporter base, an issue that eventually led to the collapse of the coalition.

During his faculty years, Karayalçın was a prominent member of a right leaning student organization that included key right-wing political figures of Turkish politics such as Hasan Celal Güzel, Mesut Yılmaz, Abdülkadir Aksu, and Melih Gökçek.