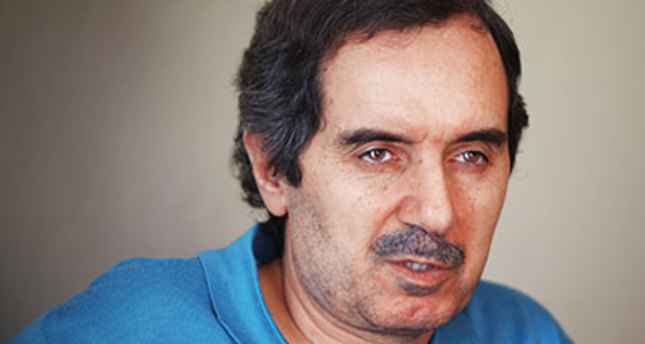 by Daily Sabah Dec 17, 2014 12:00 am
Gülen Movement-linked Zaman daily writer, Ali Ünal, in an article published two days after the December 14 operation was launched against media staffers and police officers for allegedly cooperating to fabricate a crime that targeted a group they called the Tahşiye group, said that a series broadcast on a Gülen Movement-affiliated television station was aimed at revealing terrorist organizations.

Ünal's article was published on Tuesday in Zaman following the operation that targeted members of the Gülen Movement who were allegedly part of a plot set against a group that follows similar Islamic principles but voiced opposition over their activities. Twenty-seven people who were detained as part of an investigation carried out by Istanbul Public Prosecutor's office were allegedly involved in slandering the group, claiming that they were engaged in terrorist activities.

The operation they carried out had three stages, according to the allegations. Fethullah Gülen, the leader of the Gülen Movement, at the top of the pyramid, mentioned the existence of a terrorist organization called the Tahşiye group, a name he coined, and the rest of the plot was carried out via influence over the media and police powers.

Those detained who worked on a television series known as "Tek Türkiye" (One Turkey) that broadcasts on Samanyolu TV, were facing charges of writing the Tahşiye group into the scripts and labelling it a terrorist group in the scripts. Allegedly, the series broadcast on the same Gülen-linked channel, "Karanlık Kurul" (The Dark Council), did the same.

Backing the allegations, Ünal mentioned in his article that these TV series broadcast on Samanyolu TV raised awareness of terrorism in the public, intentionally or unintentionally. By saying so, he said the series had the purpose of creating a perception they intended to impose on the public.