Assad has no legitimacy, says Turkish FM on visit to Iran 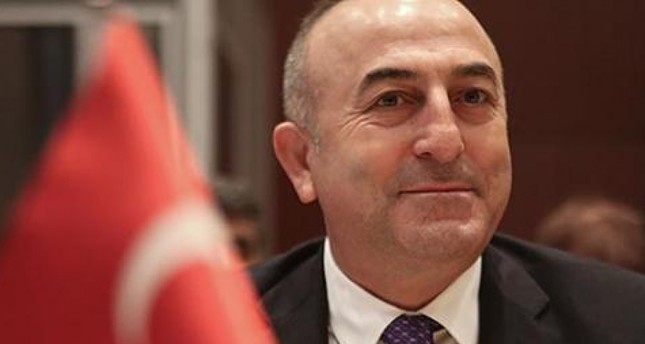 by Daily Sabah with AFP Dec 18, 2014 12:00 am
A visit to Iran by Foreign Minister Mevlüt Çavuşoğlu on Wednesday highlighted opposing views on the Syrian war, with both countries saying dialogue was needed to close the gaps.

"The [Bashar] Assad regime has lost its legitimacy," he said at a joint press conference with Iranian Foreign Minister Mohammad Javad Zarif.

"Iran and Turkey have different positions, but our countries are cooperating to find a common solution in Syria," Çavuşoğlu added.

Zarif said that although Iran and Turkey had differences, they nevertheless faced "common enemies" and that there was a "need to bring our positions together to stop terrorists entering Iraq and Syria."

"We all want peace established as soon as possible in Syria without foreign interference," he added.

Iran has strongly backed President Assad in Syria, sending money and military advisers to Damascus as well as supporting him politically in the face of widespread international opposition.

Touching on the differences between the situation in Iraq and Syria, Çavuşoğlu said: "There is a newly established government in Iraq. But the situation is different in Syria. Syria is now a country that is not being ruled. The Assad regime has lost its legitimacy. It is important to establish an inclusive government in Syria like what was done in Iraq."

Çavuşoğlu noted that cooperation between Iran and Turkey would continue to stabilize Syria and the region.

Touching on the divergence between Turkey and Iran on some regional issues, Zarif said that these differences are manageable through dialogue.

"Of course, there are some divergences, but there is a common enemy in the region. This is a terror threat. So we are in need of getting close in terms of our opinions. We need to cooperate to prevent terrorists passing into Iraq and Syria," Zarif was quoted as saying.
Last Update: Dec 18, 2014 5:05 pm
RELATED TOPICS