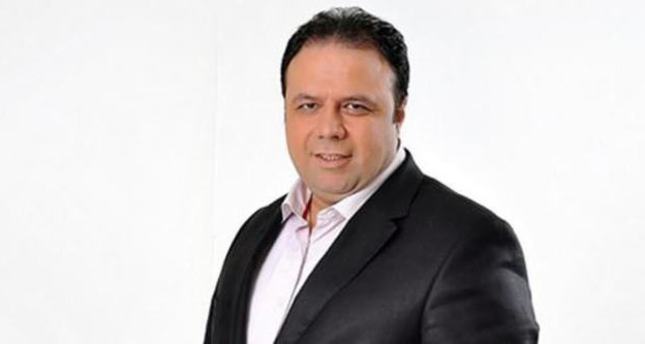 by Daily Sabah Dec 18, 2014 12:00 am
Gülen Movement-affiliated journalist Nuh Gönültaş, who was on the list of those who had detention warrants issued for them as part of an investigation launched by the Istanbul Public Prosecutor's Office, returned to Turkey on Wednesday, after he was thought to have fled from the Dec. 14 operation.

Four days after the Dec. 14 operation during which 30 people were detained on allegations of taking part in setting a plot against a rival group that Fethullah Gülen, the spiritual leader of the Gülen Movement, called the Tahşiye group, Gönültaş returned to the country.

Gönültaş also had a detention warrant issued against him, however the police could not find him at his house when they went to detain him. It was later revealed that he had traveled abroad before the operation took place.

Gönültaş rejected the claims that he fled from the operation that targeted him along with other Gülen Movement-linked journalists and police officers via messages he shared on his Twitter account.

He is believed to have found out about the operation beforehand from the FuatAvni Twitter account, which released the date of the operation and a list of possible suspects and is presumed to have ties to the Gülen Movement.

Gönültaş wrote on his Twitter account on Wednesday: "Finally, I am in Turkey. I will go to the prosecutor's office to learn what's going on. I will answer their questions."

The basis for his detention was his alleged support for a plot by members of the Gülen Movement against a group sharing similar Islamic principles in an attempt to cripple the activities of the movement's rival.

Gönültaş was one of the media members who wrote about the Tahşiye group supporting the existence of a plot against the Gülen Movement. A daily close to the movement published an article in April 2009 titled, "Tahşiye has been revealed, we have to find a new name."

Gönültaş wrote an article targeting the group and labeled its members terrorists. This article allegedly made him a suspect in the investigation into the offense of "fabricating crimes."

Denying the allegations that he was in the U.S. where the leader of the Gülen Movement, Fethullah Gülen, lives in self-impose exile, Gönültaş tweeted that he was in Moscow, Russia.

"I was in Moscow for a couple of days. Russia is going through hard days. I saw a country collapse [in Russia]," Gönültaş tweeted.

"Those who said I fled, I never was a runaway. There was no detention warrant issued against me when I left," Gönültaş further shared on his Twitter account.