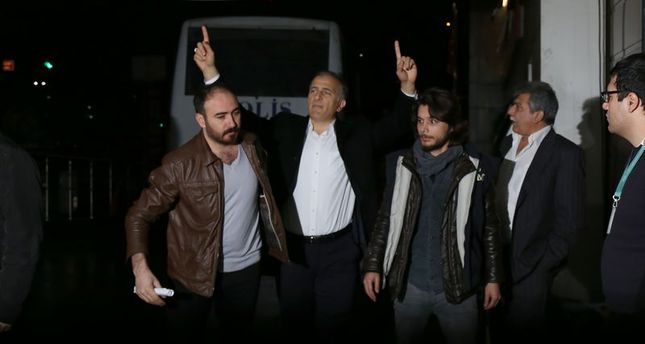 by AA Dec 19, 2014 12:00 am
Twelve suspects detained in a recent police operation testified at a criminal court in Istanbul on Thursday, court sources said.

The testimony process began at noon, and lasted for about 11 hours. The court is due to issue an order about the investigation Friday.

A police operation was launched on Sunday against senior media figures and police officers in 13 provinces across Turkey under the scope of the Tahşiye case.

More than 20 suspects were taken into custody in the operation, including the editor-in-chief of Turkey's Zaman daily, Ekrem Dumanli; chairman of Samanyolu Media Group Hidayet Karaca; producer Salih Aslan; director Engin Koç of Samanyolu TV, and Makbule Cam Alemdağ, a scriptwriter of a TV series.

All the detainees were alleged to be linked with Fethullah Gülen and the Gülen Movement. They were charged with forgery, fabricating evidence and forming an alleged crime syndicate to overtake the sovereignty of the state.