Confiscated money to be returned to victims of December 17 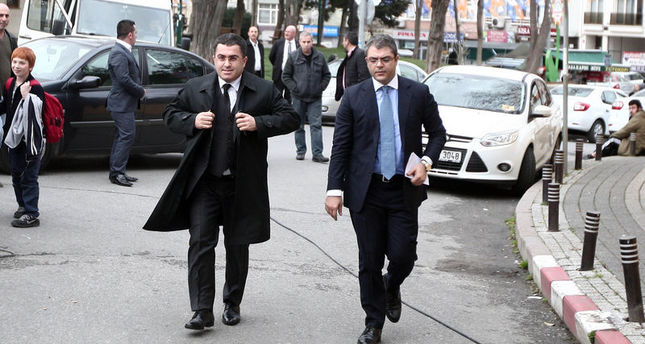 by Daily Sabah Dec 19, 2014 12:00 am
The money confiscated from Barış Güler, the son of former Minister of the Interior Muammer Güler and Süleyman Aslan, the former president of state-owned Halkbank, is expected to be returned to them with the legal interest rate. The money was taken on December 17 last year under the scope of a so-called 'corruption probe'.

The probe, which was initiated by agents of the Gülen Movement within the state in efforts to delegitimize the government and carry out a coup d'etat, targeted the aforementioned top government officials and others when their houses were raided by Gülenist police officers. The police officers confiscated the money and put it in a state-owned bank until reaching a decision.

Prosecutor Ekrem Aydıner, who was in charge of the so-called corruption probe, issued a verdict of non-prosecution on November 10 for 53 suspects. The verdict was objected to by Orhan İnce, the former Deputy Police Chief of Fatih district, but the Istanbul Public Prosecutor dismissed the objection, paving the way for the confiscated money to be returned to the owners.

According to reports, the money confiscated by officials will be deposited in a checking account at a state-owned bank and will be processed with the interest rate of the time it was deposited.

On December 17, 2013, the Financial Crimes and Battle Against Criminal Incomes department of the Istanbul Security Directory detained 47 people, including government officials as well as prominent businessmen, as part of an investigation led by a prosecutor allegedly affiliated with the Gülen Movement.

Permission to conduct the investigation into government officials was issued to the prosecutor by Zekeriya Öz, a prosecutor with alleged ties to the Gülen Movement.

The Gülen Movement, led by Fethullah Gülen, who lives in self-imposed exile in the U.S. is seen as a national threat by the Turkish government. It is accused of wiretapping thousands of people including Turkish government officials, encrypting phones and allegedly infiltrating state institutions with the aim of overthrowing the government.