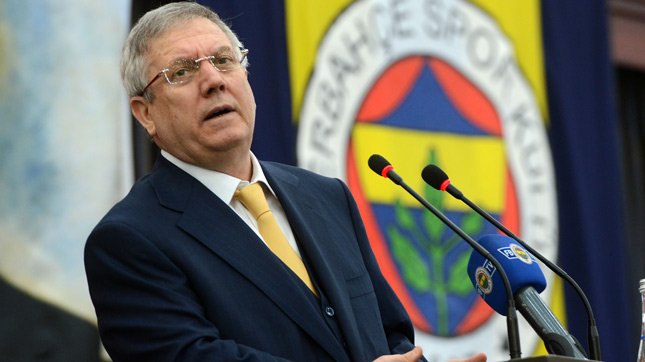 After his claim was denied by both the Gülen Movement and the Fenerbahçe chairman, Galatasaray chairman said, "Yıldırım can deny this as he is still under threat. His case is still ongoing."

When asked on what grounds he made such a claim, Yarsuvat said he had heard about the bribery and added that a columnist critical of the ruling government had also made similar implications before, which was also denied by both sides.

After being told of the amount of bribery accusations coming from him, Yarsuvat replied, "Are you not living in Turkey?"

The movement had continuously been at the center of arguments that it blackmailed businessmen, through its alleged infiltrators in the judiciary and police department receiving money from them.

"Fethullah [Gülen] demanded $50 million from Aziz Yıldırım. Neither Aziz Yıldırım nor Fenerbahçe paid the money. A well-known process started after all of this. … This process has not ended yet," Galatasaray chairman told the Turkish daily Milliyet on Wednesday.

In the summer of 2011 a comprehensive investigation was launched into allegations of match-fixing and organized crime networks in Turkish football circles. More than 60 people, including Fenerbahçe Chairman Yıldırım, were taken into custody. On July 14, 2011, Hüseyin Gülerce, a senior journalist associated with the Gülen Movement, wrote about the match-fixing arrests in the English-language daily Today's Zaman. In an article titled, "Second breach in Ergenekon's fortress," Gülerce described the match-fixing investigation as part of a concerted attempt to destroy the same people who had been targeted in the Ergenekon investigation. "As they fail to understand that their resistance is futile, they will be eliminated faster," Gülerce predicted.

On Jan. 20, 2014, Yıldırım told The Wall Street Journal that the evidence in the match-fixing case was "fake and unstable" and that the Gülen Movement was behind it. "The match-fixing case was a political trial with a political verdict. I don't respect the decision of this judiciary," he said. He had been the head of Fenerbahçe since 1998 and won five Turkish league titles.