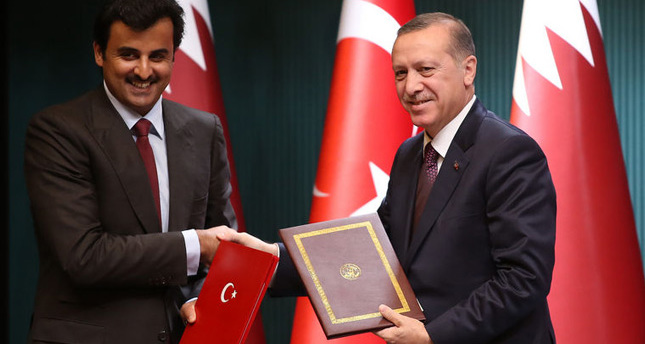 "With these agreements, the process between Turkey-Qatar will gain a new momentum," said the president.

Erdoğan stated that the trade volume between the countries is currently $600 million, on average, and both countries are determined to increase it.

Qatar is one of the most important markets for Turkish business circles in the Middle East. The country offers a lot of opportunities for Turkish exporters and contractors.

In order to complete the legal framework of bilateral commercial and economic relations, Turkey and Qatar have signed a number of agreements, including an Agreement on Enhancing Economic and Technical Cooperation, a Bilateral Investment Promotion and Protection Agreement (2008) and the Double Taxation Prevention Agreement (2008). The Turkish-Qatari Business Council was founded in 2006 in order to develop and enhance bilateral economic cooperation between both countries' business circles.