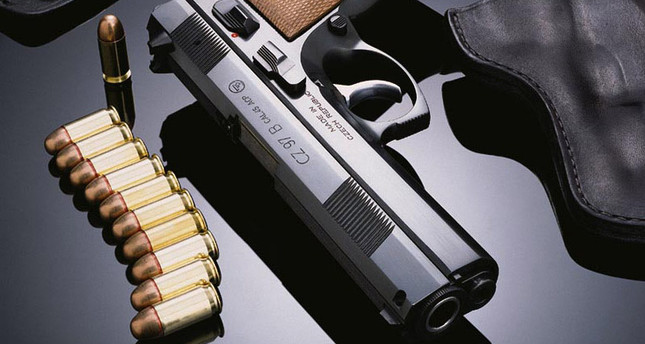 by Daily Sabah Dec 20, 2014 12:00 am
A video on 24 TV on Friday afternoon showed footage from a police raid on a house linked with the Tahşiye group in Istanbul's Bahçelievler district.

Documents showing the forensic investigation of the three hand grenades found during the raids had the fingerprints of three police officers who are allegedly members of the Gülen Movement. The investigation report said that there was no camera footage of the raid; however with the recently aired video, it is seen that the raid was recorded by the officers who conducted the operation.

The video footage of the raid from the start refuted the testimony of the police officer who recorded the operation. When testifying, an officer said that the raid was almost complete when he arrived at the raided house.

Furthermore, the officers who explained their fingerprints being found on the hand grenade with a claim that their gloves were poor quality, are seen changing their gloves when they tore.

One of the officers in the video is also heard saying: "Guys, there is also a gun," however the investigation shows that there was no gun found during the raid. What the officer said has been percieved by many as a plan to hide a gun in the raided house.