2015 budget approved by the Turkish Parliament 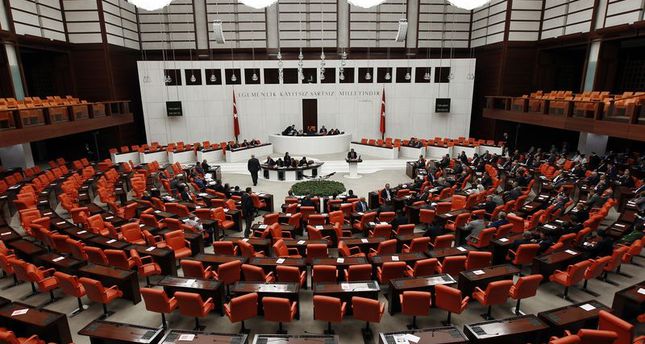 The budget was debated in the parliament's planning and budget commission, and the general assembly during last few weeks before it got approved Monday.

According to the Finance Ministry, the growth rate of Turkey's gross domestic products should be 4 percent in 2015, while the expected Consumer Price Index should be 6.3 percent by 2015 end.

Turkish exports would also reach TL 391 billion and imports TL 583 billion in 2015, according to budget figures.

The government spends nearly 25 percent of its budget on employees, which was nearly 3.5 million people in October 2014. Turkish government spent approximately $38 billion on its employees in fiscal year 2013 alone.

The budget deficit narrowed to TL 11.3 billion in the first 11 months of 2014, according to the Finance Ministry. This was a significant reduction from the TL 18.4 billion budget deficit in 2013.

Meanwhile, the budget expenses for 2014 fiscal year was calculated at TL 436.4 billion, while budget income for 2014 was estimated to reach TL 403.2 billion.