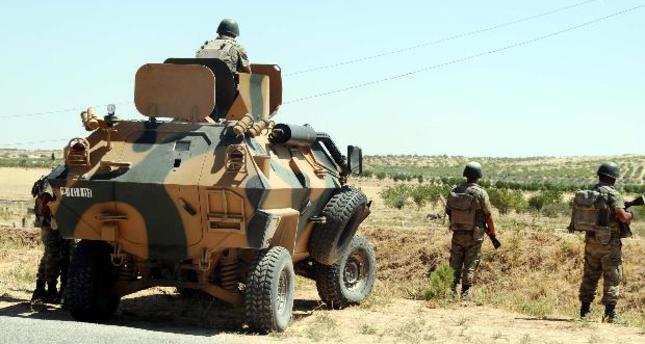 by Daily Sabah Dec 23, 2014 12:00 am
German tabloid Bild drew anger with a news story on Turkey's security forces being open to bribery and even some of them sympathizing with the Islamic State of Iraq and al-Sham (ISIS). Coming under criticism due to the stereotyping, the story said that teenage girls, especially in the U.K., are fooled by ISIS and travel through Germany and Turkey to join ISIS fighters in Syria and Iraq. While asserting these allegations, the daily tabloid also depicted Turkish security forces as bribe takers.

Bild once again brought allegations that ISIS sells smuggled oil to Turkey and used a map in an attempt to prove its allegations.

According to a law implemented on April 12, 2006, regulating Turkey's oil market, firms are banned from selling refined oil or buying crude oil that is not blended with an "oil marker," a chemical liquid added to oil to identify it's source, seller and buyer. According to the law, the domestically produced marker must to be added to oil for consumption in the Turkish market under the control of independent market regulators either before the oil enters Turkish refineries or before it passes through customs.

Turkey has been accused of aiding ISIS since the outbreak of the ISIS crisis in the region. The country opened its borders as part of an open door policy to allow refugees fleeing the troubled region to find shelter in the country. Ankara has continuously denied these allegations and urged the international community to step in to help resolve the ongoing crisis.