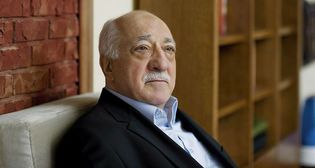 
Video and voice recordings of Fethullah Gülen's sermons in the 1980s and 1990s, which can be accessed through various online platforms, reveal that Gülen had a significantly hostile attitude towards Christians and the Vatican, recognized as the key institution for Catholics throughout the world. The recordings leave a question mark over Gülen's supposedly inter-faith dialogue initiatives.

In one of such recordings, which can be accessed on our website with English subtitles, Gülen can be heard calling the 'Vatican City' "the nest of the serpent." Assumed to be recorded in the early 1990s during the Bosnian War, the tape exposes Gülen's attack on the Vatican. According to Gülen in the recording, the Vatican is responsible for the Muslim blood that is shed in the Bosnian conflict in general and Sarajevo in particular, as well as the Kashmir conflict – the territorial dispute between India and Pakistan over the control of Kashmir region. He claims that the Vatican is behind all the problems which have led to the suffering of millions of Muslims.

"They –the Christian missionaries of Vatican- have lobbies in the United States and Germany," says Gülen in the recording. He claims that the slightest problem which the Vatican or Christians face is responded to immediately, with everyone in the world speaking up for them, while the Vatican remains silent when the blood of Muslims is shed in various parts of the world, from Kashmir to Palestine, Philippines and Sudan.

The U.S.-based leader Fethullah Gülen has promoted his movement as a pacifist and moderate form of Islam and has met with leaders of other faiths including Pope John Paul II, the Greek Orthodox Patriarch Bartholomew I, and Israeli Sephardic Head Rabbi Eliyahu Bakshi-Doron.

The inconsistency between the movement's goals and Gülen's former remarks in the recording and many others raise questions about the true identity of the movement. The movement has been facing criminal charges for attempting to overthrow the Turkish government through the December 17 and 25 operations.