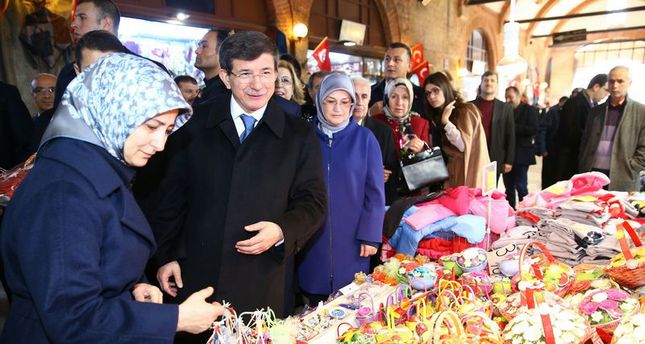 by Daily Sabah Dec 24, 2014 12:00 am
Prime Minister Ahmet Davutoğlu has announced that Edirne will be connected to the rest of Europe by a railway, and that a new airport will be constructed there. He made the announcement speaking at AK Party's Extended Provincial Chairmen Meeting in Edirne.

He stated that a high-speed train project is currently being planned, which will connect Edirne to Istanbul and the rest of Europe.

Davutoğlu also announced a number of renovation projects and stated that all bridges in Edirne will be lightened. More importantly, he stated that an airport and a 400-bed general hospital will also be constructed, and a youth center established.

These changes are intended to make Edirne a sparkling cultural city, and become recognized as a region of culture and tourism. All historical artifacts in the city will be renovated.

The government is also preparing new initiatives for Turkey's Romani citizens, Davutoğlu noted, stating that they will be meeting with Romani citizens in February in a meeting.

"The domestic security reform package is necessarry for the protection of public order throughout Turkey" said Davutoğlu, who noted that the government prioritizes the maintenance of public order, which is also remarkable for the reconcilation process.