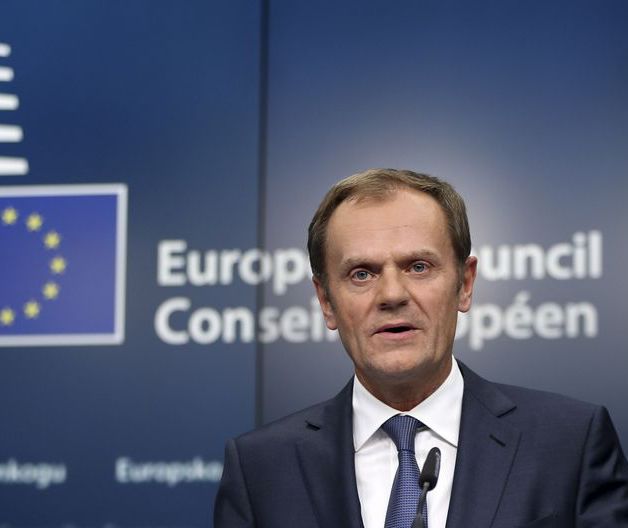 by AA Dec 24, 2014 12:00 am
The European Union is seeking ways to further strengthen relations with Turkey, the 28-nation bloc said in a statement on Tuesday.

''It was a good opportunity to discuss ways to further strengthen relations between the European Union and Turkey, which is a common priority,'' Tusk said.

''I welcomed Turkey's recently adopted EU strategy and expressed my hope that good progress will be made in 2015,'' he added.

Tusk's statement comes after Erdoğan slammed the EU for its criticism of an ongoing judicial probe against the Gülen Movement which has seen the arrests of high-profile media members and police officers in Turkey.

''We also discussed developments in Turkey, including recent detentions and the importance of an impartial and transparent process in this regard,'' Tusk said.

"We agreed to remain in close contact and both looked forward to a meeting at the earliest possible opportunity,'' he added.

The European Council president also commended the Turkish president for his efforts towards a peaceful settlement of the Kurdish issue and Turkey's efforts in hosting over 1.5 million refugees during the ongoing conflict in Syria. EU stressed it was ready to provide continued support to this effort, the statement added.