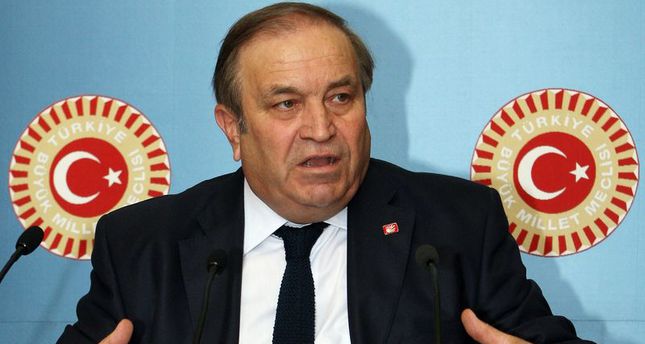 by Daily Sabah Dec 25, 2014 12:00 am
A main opposition Republican People's Party (CHP) member who formally served as a deputy, Şahin Mengü, has been referred to the disciplinary committee by the CHP Ankara Provincial Presidency with a demand of dismissal due to his criticism of CHP Vice President Sezgin Tanrıkulu's comments over the Dersim Massacre.

The Alevi initiative, started by the government, caused a rift in the main opposition party as different factions in the party experienced ideological clashes over the Dersim Massacre.

In November, Tanrıkulu apologized on behalf of the party for the Dersim Massacre that took place in the predominantly Alevi region in 1937 and resulted in the killing of over 10,000 people who rebelled against Turkey's Resettlement Law of 1934. CHP deputies panned him for making remarks on behalf of the party.

The referral to the disciplinary committee came after Mengü harshly rebuked Tanrıkulu's remarks on his Twitter account and made derogatory statements about him. "You cannot apologize on behalf of the CHP," Mengü wrote, and later added that if an official apology was necessary, it should be done through a decision made by the party assembly and not by an individual. He argued that it was up to historians to determine whether there was a massacre in Dersim rather than politicians and said that no apology should be made until concrete historical evidence has been found.