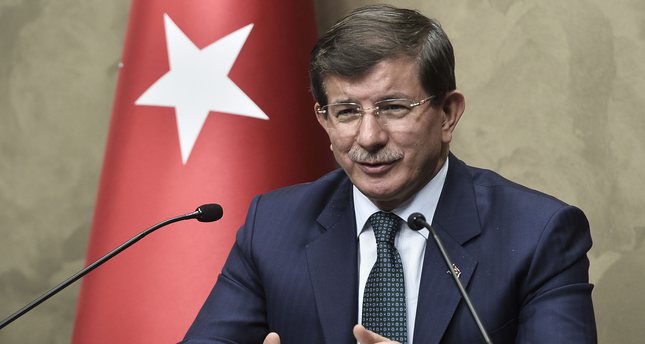 by Daily Sabah Dec 25, 2014 12:00 am
Prime Minister Ahmet Davutoğlu has underlined the significance of cities for states and encouraged all municipalities throughout Turkey to take lessons to recognize the importance of the city and make policies accordingly as he claimed cities will determine the fate of states in the future. He made the statements on Wednesday evening at a symposium titled "The Cities of the Future" organized by Esenler Municipality in Istanbul.

"If I was to rank my teachers, I would put Istanbul in the first spot as it taught me the most lessons and its streets taught me humanity" said Davutoğlu, who drew attention to the fact that Istanbul has successfully combined elements of natural beauty with that of the artificial as it is a unique city between two continents. He stated that cities are not places which are randomly established but rather consist of three stages including the ancient past, modernity and globalization and their captivating beauty is hidden behind the coherent relations between the natural wonders. He also noted that Istanbul has never been a place divided along class and racial lines and has managed to provide living space for people of all backgrounds.

Davutoğlu highlighted that states which have strong cities will be strong in the future while states which have failed to establish strong cities will be weakened. He stated that it is crucial to continuously renovate cities while protecting its cultural heritage. "Cities are not museums nor are they puzzles to be changed around" said Davutoğlu, who noted that the new construction initiatives and the resulting slums in Istanbul is a painful process and stated it is crucial to pay attention to cultural heritage of the city while reconstructing and renovating.

Davutoğlu announced that municipal heads should receive lessons on the city's architectural, cultural and historical past in order to understand the present and carry out future projects accordingly. "We would start to see what we have done wrong and think a thousand times before moving a stone" said Davutoğlu, who emphasized that familiarizing with the city would result in better policies and conscience development in cities.
The Prime Minister also said it would be beneficial if universities provide practical lessons on cities so that the future generations are raised with consciousness and base their perspective in accordance with this conscience.