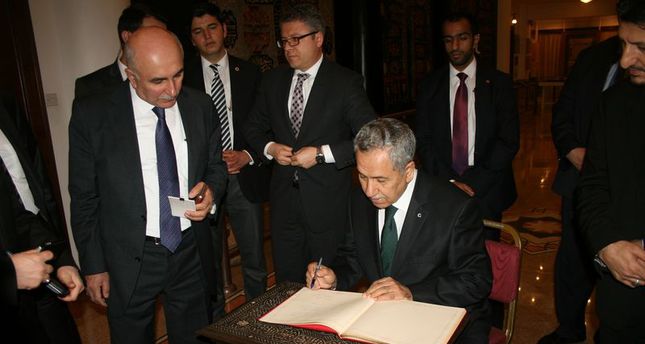 by AA Dec 25, 2014 12:00 am
Turkish Deputy Prime Minister Bülent Arınç has called terrorism "a crime against humanity" which does not have a place in Islam.

Speaking on Wednesday during an official visit to Kuwait, Arınç said: "We believe that terrorism is a crime against humanity and our religion, we believe, does not allow it.

"Whatever the cause or purpose no one should resort to terrorism. Terrorism is a crime. No matter who carries out it against whomever for whatever cause, terrorism is not something to be favored or approved."

"Our youth especially should be raised with a decent knowledge of Islam so that they do not have sympathy for these [terrorist] organizations," Arınç added.

Militant groups like the Islamic State of Iraq and Sham (ISIS) in the Middle East, plus Al-Shabaab and Boko Haram in Africa, have drawn on perverted interpretations of Islam to enforce dogmatic religious rule and attract young people into joining their insurgencies.