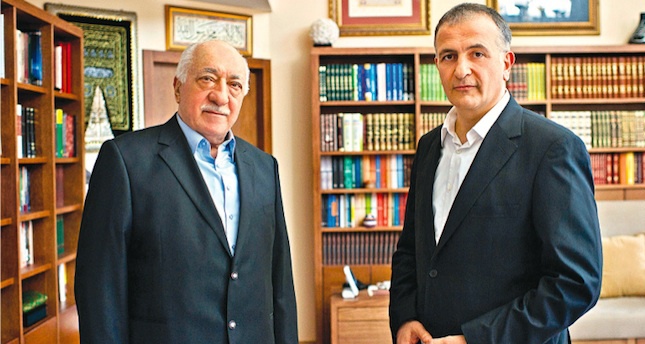 by Daily Sabah Dec 25, 2014 12:00 am
A Prosecutor by the name of Hasan Yılmaz has objected to the release of Gülenist suspect Ekrem Dumanlı and seven other suspects under the scope of December 14 Tahşiye case.

The Turkish Criminal Court has released eight Gülenist suspects last week including Ekrem Dumanlı - the editor-in-chief of the Zaman daily - and ruled for the arrest of four Gülenist suspects, including Hidayet Karaca, CEO of Samanyolu Broadcasting Group and former police chief Tufan Ergüder as part of the Tahşiye operation undertaken on December 14.

The court has also issued an arrest warrant for Gülen Movement's leader Fethullah Gülen following a request by Istanbul's chief public prosecutor. The court said that Gülen guided the broadcasting and publishing policies of Samanyolu TV and daily Zaman newspaper.