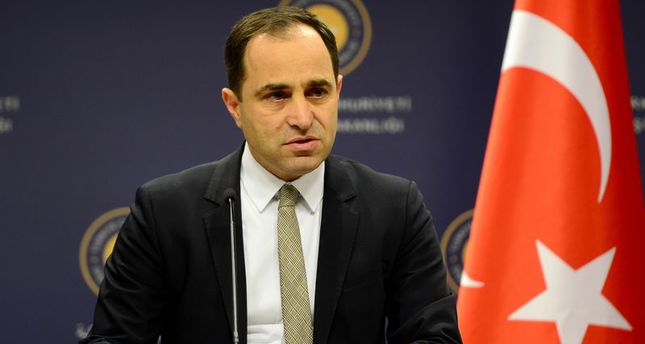 Turkey has put forth conditions indicating that normalization of relations with Egypt to be unlikely in the immediate future, said a Foreign Ministry spokesman.

"If Egypt returns to full democracy, if Egyptian people's will is really represented in political and social life, then our relations with Egypt may normalize," Tanju Bilgiç said in a press in Ankara on Wednesday.

Doha had supported the Muslim Brotherhood, in power prior to the 2013 coup d'état that made Abdel Fattah el-Sisi, president of Egypt.

Bilgiç highlighted that Turkey had always supported the Egyptian people, but that the 2013 coup had been "cruel and (had) used disproportionate force against civilians."

Bilgiç also said Qatari officials had made no "effort to mediate for Egypt and Turkey" during Tamim bin Hamad al-Thani's visit last week to Ankara.